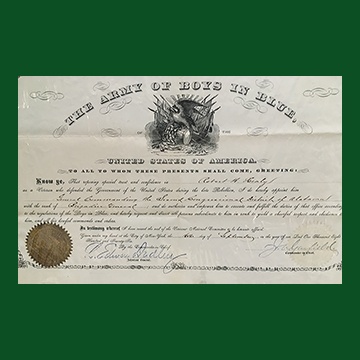 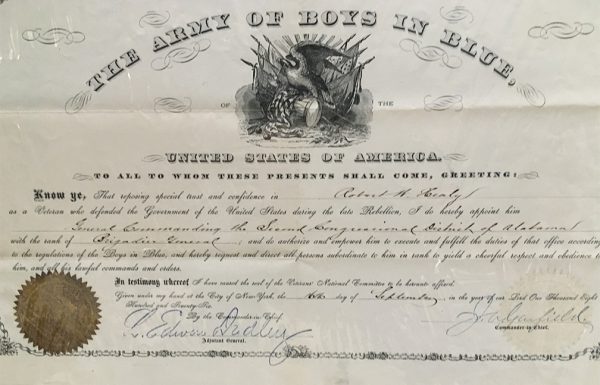 Garfield Signs a GAR Appointment for a Civil War Veteran

James Garfield signs a document as White serving Commander-in-Chief of “The Army of the Boys in Blue,” a veterans organization being a subset of the G.A.R.  At this time, Garfield served in the U.S. House of Representatives, as a Congressman for Ohio.

Here Garfield appoints one Robert W. Healy, “a veteran who defended the Government during the late Rebellion” as a “General Commanding the Second Congressional District of Alabama with the rank of Brigadier General.”

The antecedent of this organization came from the efforts of women on the home front who supported the Boys in Blue during the Civil War years.

Garfield’s signature is boldly written in blue ink; an offset of the seal over his signature does not interfere.