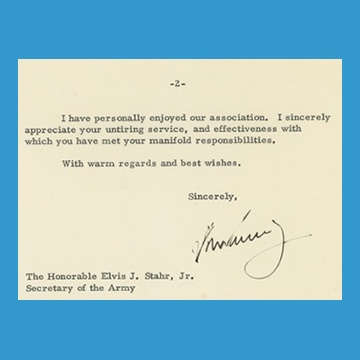 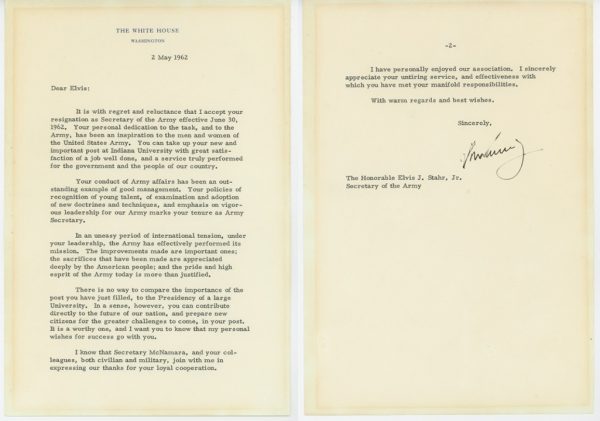 Stahr was Secretary of the Army during the first two years of the Kennedy administration, a period that included the Berlin crisis and the ill-fated, CIA-sponsored Bay of Pigs invasion aimed at ousting Fidel Castro from power in Cuba. To his job at the Pentagon, he was said to have brought a nimble mind and a down-to-earth approach to a complicated job. He also had been a university president, lawyer and president of the National Audubon Society.

In part:  “It is with regret and reluctance that I accept your resignation. / Your personal dedication to the task, and to the Army, has been an inspiration to the men and women of the United States Army”. / There is no way to compare the importance of the post you have just filled, to the Presidency of a large University. / I have personally enjoyed our association. I sincerely appreciate your untiring service, and effectiveness with which you have met your manifold responsibilities.”