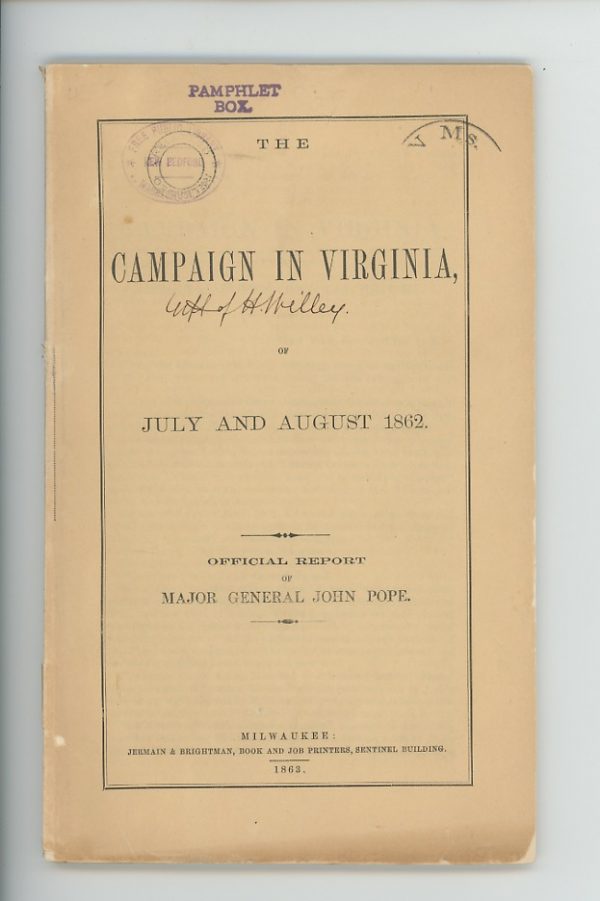 John Pope, The Campaign in Virginia, of July and August, 1862, pamphlet

Major General John Pope issued this pamphlet to place his report of the campaign and battle of Second Manassas before the public.

This is a private war-dated printing of General Pope’s report and correspondence relating to the debacle at Second Manassas. Published in Milwaukee, where General Pope was posted after the disaster, this publication may have been Pope’s personal reaction to the bad press arising from defeat.