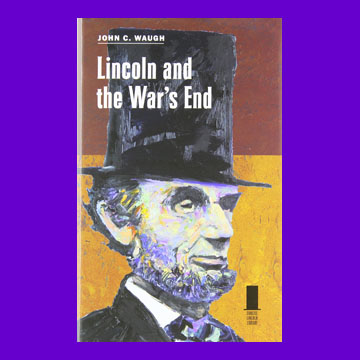 On the night of his reelection on November 8, 1864, President Abraham Lincoln called on the nation to “re-unite in a common effort, to save our common country.” By April 9 of the following year, the Union had achieved this goal with the surrender of the Army of Northern Virginia to General Ulysses S. Grant at Appomattox Court House. In this lively volume, John C. Waugh chronicles in detail Lincoln’s role in the final five months of the war, revealing how Lincoln and Grant worked together to bring the war to an end.

Beginning with Lincoln’s reelection, Waugh highlights the key military and political events of those tumultuous months. He recounts the dramatic final military campaigns and battles of the war, including William T. Sherman’s march through Georgia to the sea; the Confederate army’s attempt to take Nashville and its loss at the battle of Franklin; and the Union victory at Fort Fisher that closed off the Confederacy’s last open port. Other events also receive attention, including Sherman’s march through the Carolinas and the burning of Columbia; Grant’s defeat of the Army of Northern Virginia at the Battle of Five Forks, and Lincoln’s presence at the seat of war during that campaign; the Confederate retreat from Petersburg and Richmond; and Lee’s surrender at Appomattox.

Weaving the stories together chronologically, Waugh also presents the key political events of the time, particularly Lincoln’s final annual message to Congress, passage of the Thirteenth Amendment, the Second Inaugural, Lincoln’s visit to Richmond the day after it fell, and Lincoln’s final days and speeches in Washington after the Confederate surrender. An epilogue recounts the farewell march of all the Union armies through Washington, D.C., in May 1865. Throughout, Waugh enlivens his narrative with illuminating quotes from a wide variety of Civil War participants and personalities, including New Yorker George Templeton Strong, southerner Mary Boykin Chesnut, Lincoln’s secretary John Hay, writer Noah Brooks, and many others. Part of the Concise Lincoln Library Series.

John joined us on Virtual Book Signing in April 2015. Watch the program.