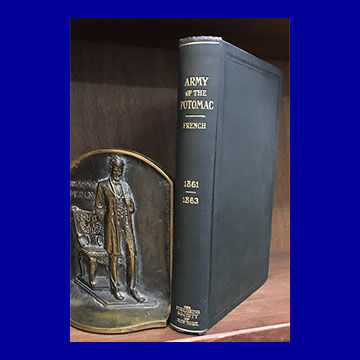 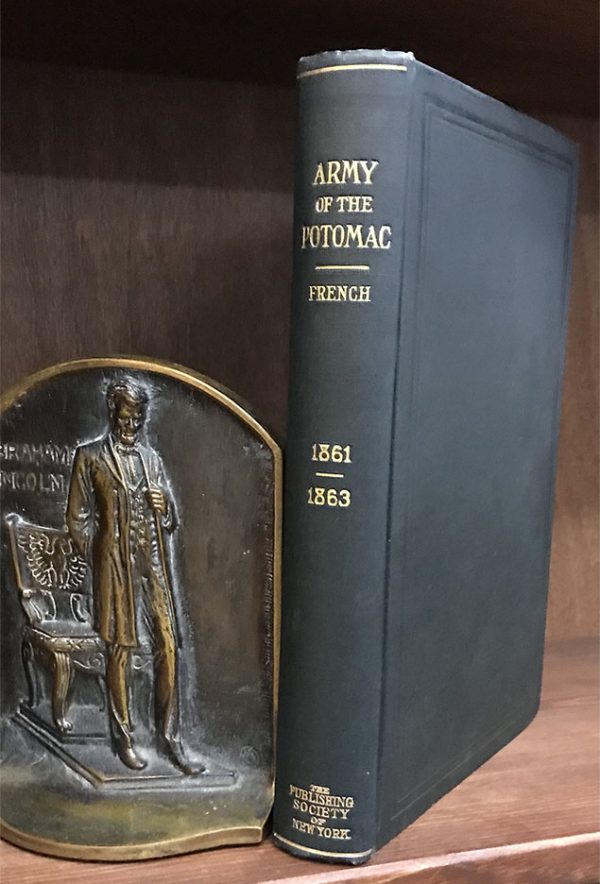 Samuel Livingston French wrote The Army of the Potomac from 1861 to 1863 to contribute his perspective to the controversy over the military performance of General George B. McClellan.

He finds that “Little Mac” comes up short, to say the least. Allan Nevins, Bud Robertson, and Bell Wiley call French’s work “a strongly biased tract; amounting almost to a diatribe.” As such, it demonstrates just how controversial McClellan was, even forty years after the war. The writer lives squarely in the Joe Hooker-Ambrose Burnside faction of Civil War writers, making this an example of pointedly anti-McClellan literature.

An important volume in the historiography of the Army of the Potomac. Pro-McClellan works were just as passionate in his defense as French was in his indictment.

Ex-library with book plate and penciled librarian’s note on title page; else near fine. Very handsome.