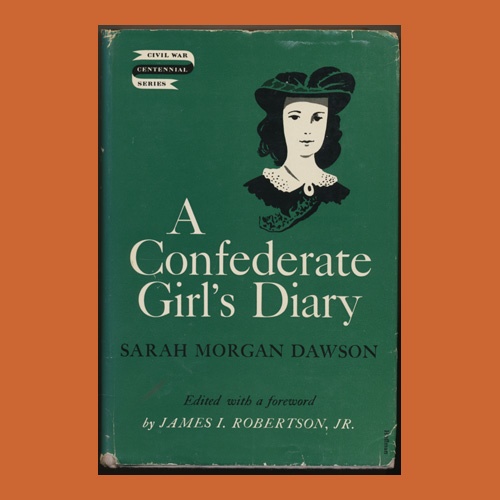 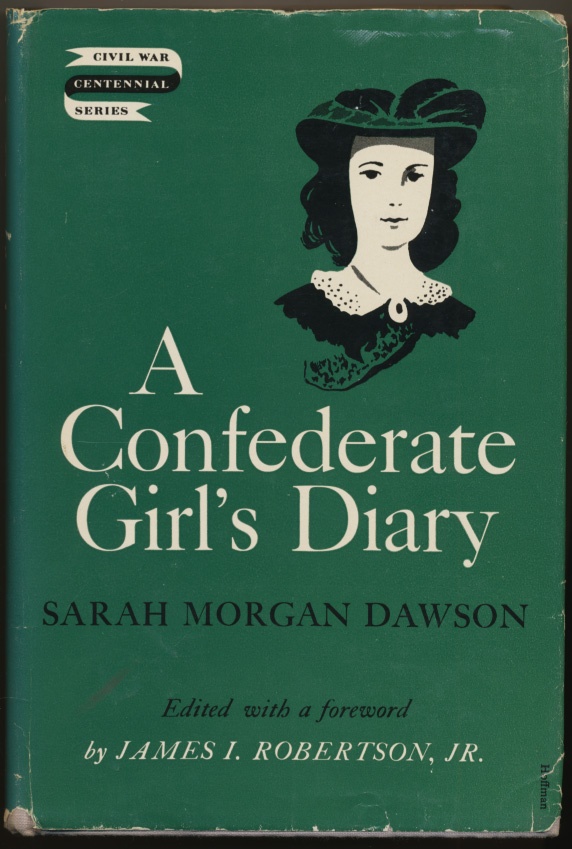 A Fire-Brand Rebel Speaks Out!

A Confederate Girl’s Diary, by Sarah Morgan Dawson was originally published in 1913. It is the diary of a 20 year-old woman living in Baton Rouge, Louisiana, as American Civil War rages. Though at first the conflict seemed far away, it would eventually be brought home to her in very personal terms.

Her family’s loyalties were divided. Sarah’s father, though he disapproved of secession, declared for the South when Louisiana left the Union. Her eldest brother, who became the family patriarch when his father died in 1861, was for the Union, though he refused to take up arms against his fellow Southerners. The family owned slaves, some of whom are mentioned by name in this diary. Sarah was devoted to the Confederacy, and watched with sorrow and indignation its demise.

Her diary, written from March 1862 to June 1865, discourses on topics as normal as household routines and romantic intrigues to those as unsettling as concern for her brothers who fought in the war. Largely self-taught, she describes in clear and inviting prose fleeing Baton Rouge during a bombardment, suffering a painful spinal injury when adequate medical help was unavailable, the looting of her home by Northern soldiers, the humiliation of life under General Butler in New Orleans, and dealing with privations and displacement in a region torn by war.

She was a child of her time and place. Her inability to see the cruelty and indignity of slavery grates harshly on the modern ear. Regardless of how one feels about the Lost Cause, however, Sarah’s diary provides a valuable historical perspective on life behind the lines of this bitter conflict.

Originally part of  the Civil War Centennial Series,  this reprint of the classic 1913 original (Howes D-160)i s edited by James I. Robertson.