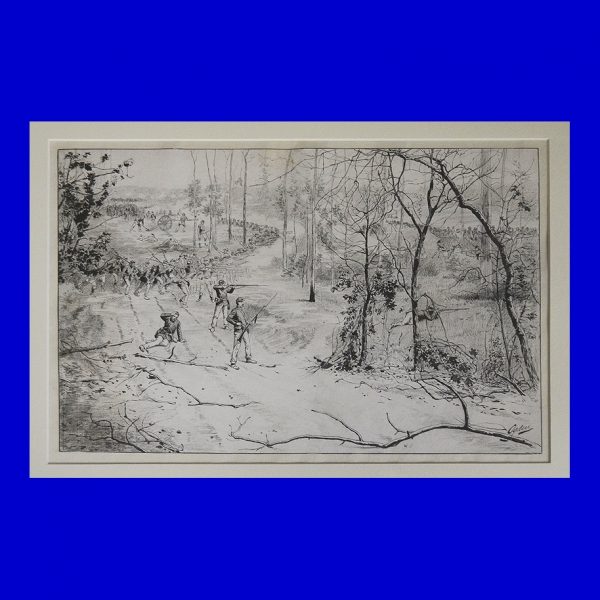 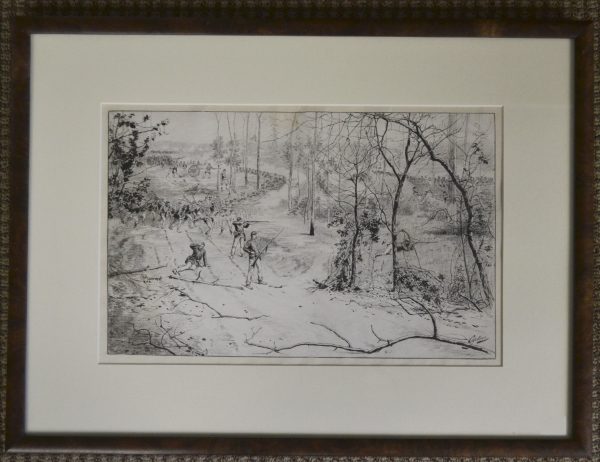 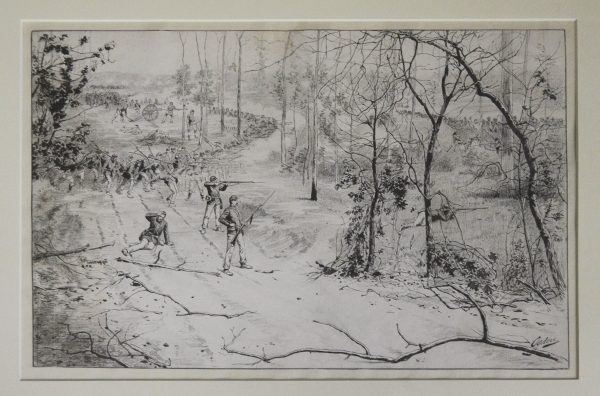 Original Artwork from Battles and Leaders of the Civil War

The Hornet’s Nest by Henry A. Ogden. This is original art from Battles and Leaders of the Civil War.

During the 1880’s Century Magazine solicited essays and memoirs from high profile veterans, many controversial, which re-fought the most important battles of the war. In 1887 Robert Underwood Johnson and Clarence Clough Buel compiled these essays into the massive four-volume edition called Battles and Leaders of the Civil War.

Henry Ogden created hundreds of illustrations for popular publications during the period, including this vivid image of the Hornet’s Nest at the battle of Shiloh, 6 April, 1862. The pen and ink drawing represents the left, or Union, half of the two-drawing panorama of an attack by Colonel Randall Gibson’s Confederate brigade against the Union position defended by General Benjamin M. Prentiss.

The lithograph of this work appears in Major General Don Carlos Buell’s critical essay, Shiloh Reviewed (Vol. I, pp. 504-505). Ogden’s work closely references-almost copies-a scene from the enormously popular Panorama of the Battle of Shiloh by Theophile Polipot. Polipot’s magnificent cyclorama-style work of art opened on Chicago’s Michigan Avenue in late 1885, just as the memoirs of the recently deceased U. S. Grant were hitting the bookshelves.

Watch Take a Break With History