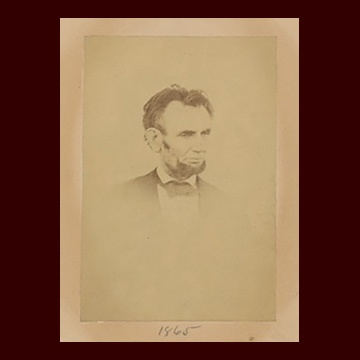 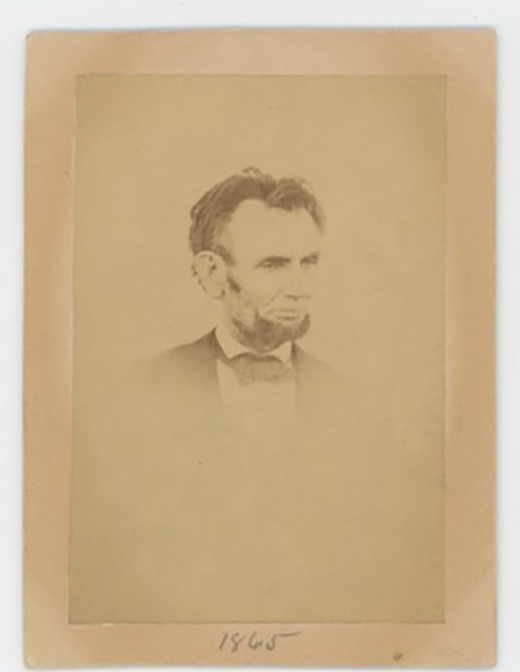 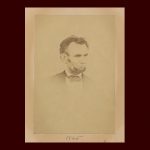 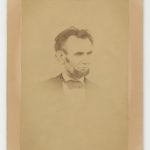 A Desirable and Scarce Image; an Interesting Story

This vignetted pose was taken on the south balcony of the White House just two days after the second inaugural.  Lincoln appears to be angry, and deservedly so. Henry Warren had used Tad to get to Lincoln. It is widely reported Warren goaded Tad to ask Lincoln to sit for this photo.  This albumen image was probably either a proof or an extra. It is stuck on a blank board.

Certainly, scarcer than in the imperial size, with pencil writing on the verso partially informs, “Original neg made by H. F. Warren, now dead.”