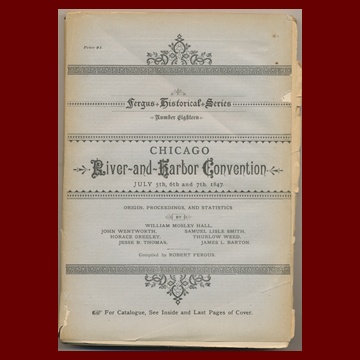 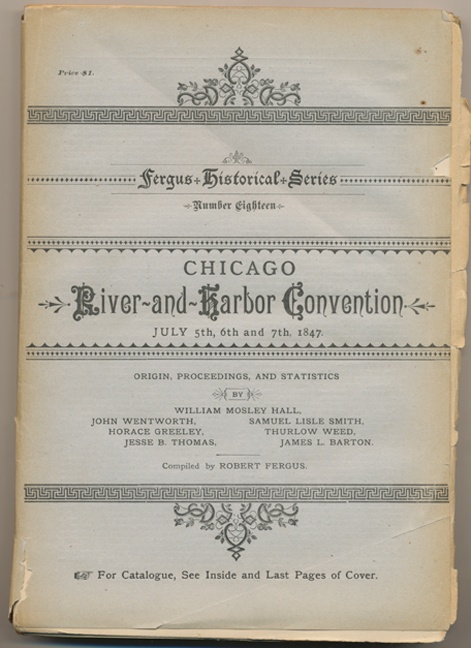 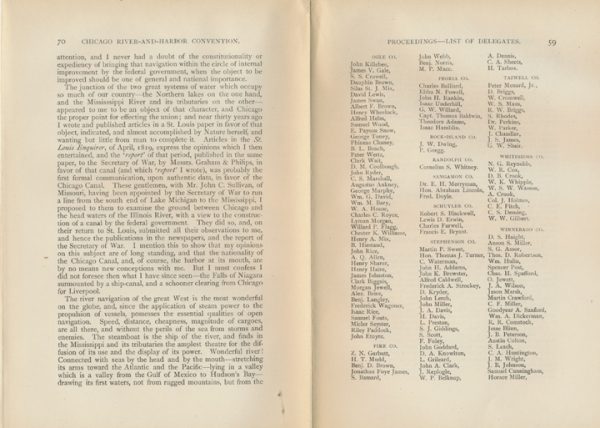 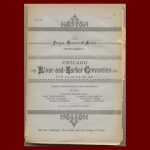 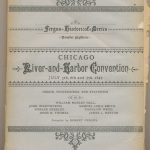 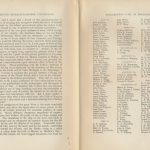 Abraham Lincoln As Delegate to the Chicago River and Harbor Convention

Abraham Lincoln is listed as Delegate to the Chicago River and Harbor and Convention. He also spoke to the gathering during the convention.

Known popularly as the North Western Harbor and River Convention, this brought Lincoln to Chicago for the first time, as a delegate (he is listed as a delegate from Sangamon County on page 59 – see the second photograph below).

As a state legislator, one of Lincoln’s pet projects was internal improvements.  Lincoln was then Congressman-elect and came to protest President Polk’s veto of a bill to improve rivers and harbors.

He addressed the convention on July 6th, the first time he had ever addressed a nationally prominent audience.  He probably argued, as he had before and would after, that even merely local improvements help the whole nation.

The convention gained national prominence and even elicited letters from such luminaries as Daniel Webster, Henry Clay, and Martin Van Buren, all of whose words are reprinted herein.

Out of binding with wrappers whole; other gatherings loose; light chipping at extremities; else very good.

Lincoln, Abraham as Delegate. CHICAGO RIVER AND HARBOR CONVENTION.  AN ACCOUNT OF ITS ORIGINS AND PROCEEDINGS”/ FERGUS HISTORICAL SERIES NO. 18.  Chicago: Fergus Printing Company, 1882.  208., wraps.  A reprint, with much added material, of the exceedingly scarce 1847 original.