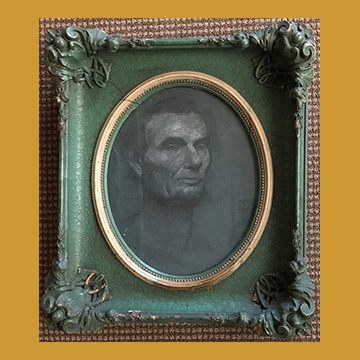 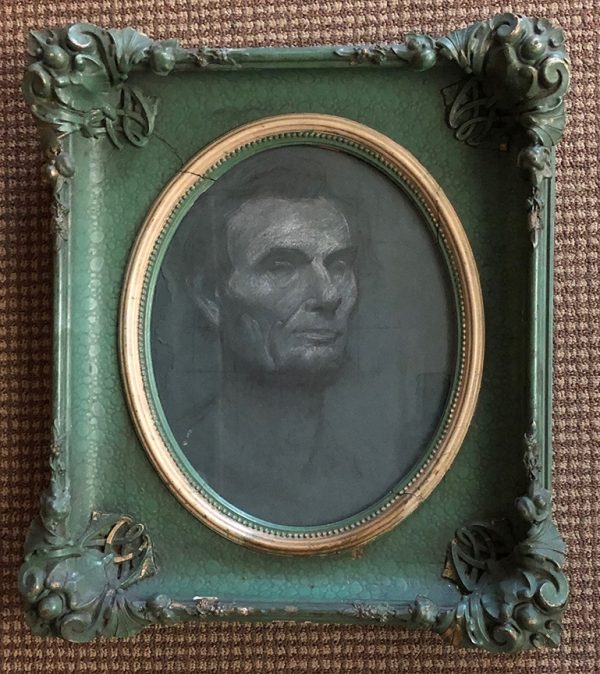 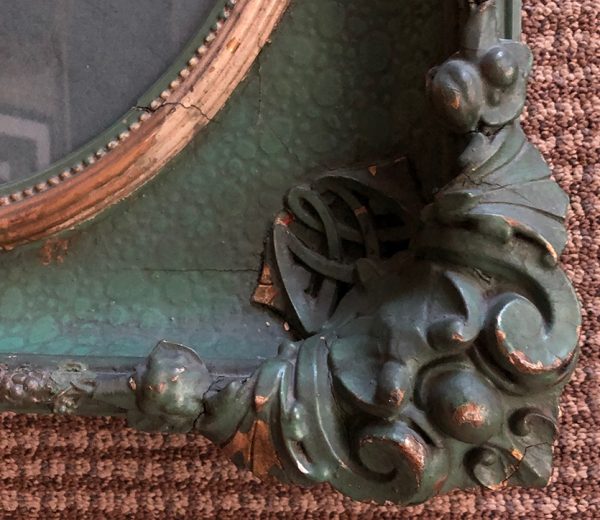 It is very much like a portrait he painted in 1928. A powerful rendition, which we contend should be considered “from life” though with an asterisk because of his youth when he met Lincoln. As a child, Douglas sat a number of times on Lincoln’s lap, when the latter came to visit Leonard Volk for the famous beardless life mask. Until he left as a young adult, Doug lived with that life mask in his father’s home. He viewed it every day, with its qualities impressed upon his mind–a mind that always had had an artistic bent. As an artist Doug became a leading figure in the art world. When he produced this exquisite drawing, the emotional insight into Lincoln from meeting him earlier, and examining the mask daily, brought about a greater perception of the inner Lincoln which other artists lacked, due to their limited time with him. The extended time with both the mask and the original man by the young, budding artist brought about an intimacy with Lincoln’s being; those childhood impressions became immutable and they powerfully emerge in this insightful drawing.

Quite evident in the drawing is a grid, being geometric proportions taken from direct measurement of the original mask–the mask closest to Lincoln’s own face. Yet, it is not just a direct drawing of that mask, but one that expresses the impressions of Lincoln that Doug took with him for the rest of his life. This is a true living Lincoln; indeed.

Stephen Arnold Douglas Volk was an American portrait and figure painter, muralist, and educator. He taught at Cooper Union, the Art Students League of New York and was one of the founders of the Minneapolis School of Fine Arts. Volk spent his childhood in Chicago, but his family moved to Europe when he was fourteen. He began studying art in Rome, and attended the Ėcole des Beaux Arts in Paris (1873 to 1879), where he was a pupil of Jean-Leon Gerome. At age nineteen, he exhibited at the Paris Salon of 1875. He returned to the United States, and was hired as an instructor at the Cooper Union in New York City, where he taught from 1879 to 1884 and from 1906 to 1912. He helped to found the Minneapolis School of Fine Arts in 1886, and served as its director until 1893. He taught at the Art Students League of New York (1893 to 1898), the National Academy of Design (1910 to 1917), and intermittently at the Society for Ethical Culture. He was a working artist, noted for his figure and portrait paintings. He exhibited three works at the 1893 World’s Columbian Exposition in Chicago, where the group won a medal, his first major award. He was one of eight American artists commissioned by the National Art Committee to depict major figures from the Great War ( World War I ). His three portraits–King Albert I of Belgium , British Prime Minister David Lloyd George, and General John J. Pershing–are now at the Smithsonian American Art Museum. Volk was elected to the Society of American Artists in 1880, and was a member of the Architectural League of New York, the National Society of Portrait Painters, and the Society of Mural Painters. He won innumerable prizes and medals at various exhibitions world-wide.