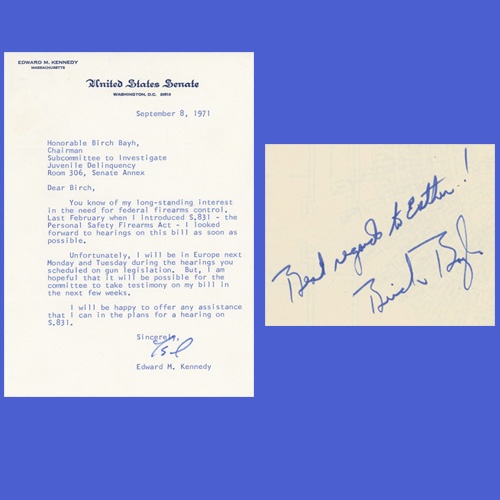 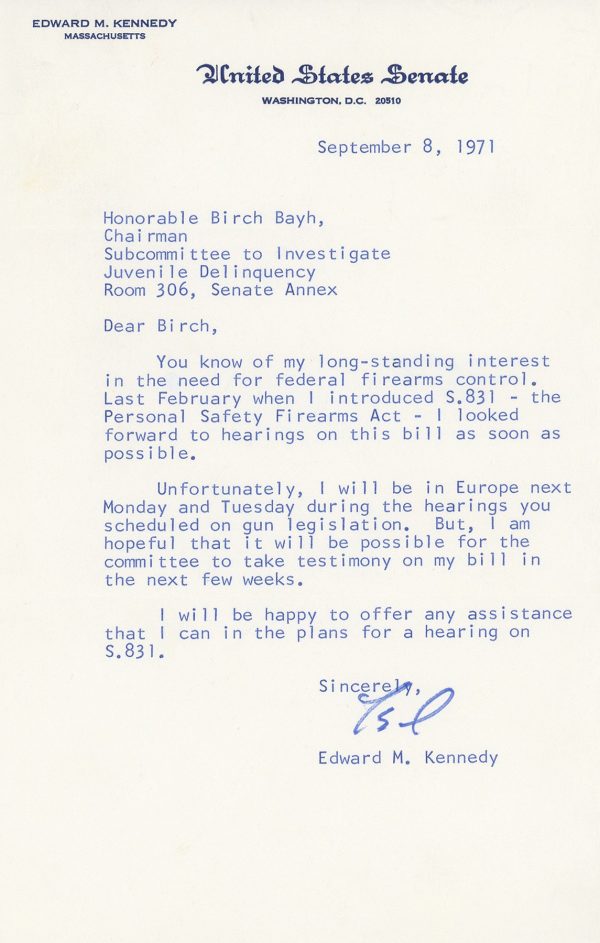 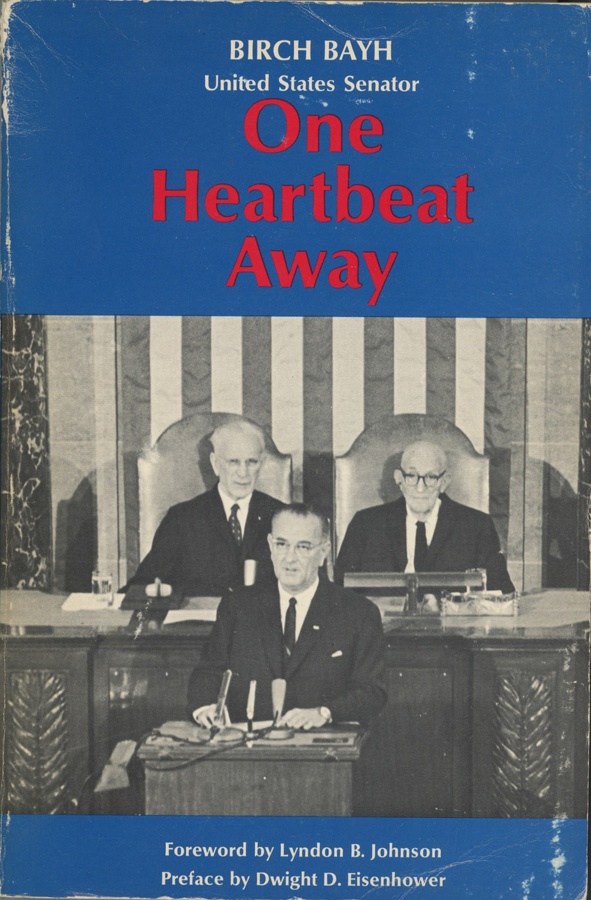 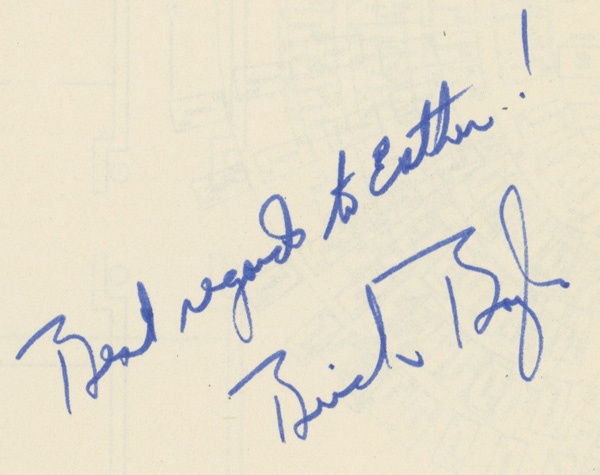 Edward “Ted” Kennedy and Birch Bayh Grouping, Signatures of Both!

Ted Kennedy, Democratic Senator from Massachusetts, writes to fellow senator Birch Bayh, offering to give testimony because of “my long-standing interest in the need for federal firearms control.” Nobody knew the need for that more that Ted Kennedy.

Senator Birch Bayh’s One Heartbeat Away inscribed and signed. The author, U.S. Democratic Senator from Indiana, sponsored the 25th Amendment to the United States Constitution, defining the order of succession in the event the President dies or is disabled. This work analyzes the eight instances in which the vice president succeeded to the chief executive, and provides the rationale for Bayh’s constitutional amendment. Bayh also authored the 26th Amendment, lowering the voting age to 18. Bayh is the only senator non-Founding Father to author more than one amendment to the U.S. Constitution.

If not for former Sen. Birch Bayh of Indiana, Sen. Edward Kennedy very well may have died on the night of June 19, 1964. On June 19, 1964, Bayh, his wife, Senator Ted Kennedy and legislative aide Edward Moss were on a small plane that crashed near Springfield, Massachusetts. The group was flying from Washington National Airport to the Massachusetts Democratic party’s convention, where Bayh was to be the keynote speaker. Senators Bayh and Kennedy were delayed by a vote to pass the Civil Rights Act, which had been held up by a filibuster.

At approximately 11 p.m., the plane descended through heavy fog and crashed into an apple orchard. Bayh suffered muscular trauma and his wife fractured two vertebrae, but they were able to walk out of the wreckage. Kennedy was seriously injured, fracturing three vertebrae, breaking ribs and puncturing a lung. Thrown to the front of the plane, Kennedy could not move from his waist down and could not reply to Bayh’s calling, “Is there anybody alive up there? Is anybody alive?” Bayh smelled gas and thought the plane might catch fire and explode, so he went back into the fuselage to check for survivors. At this point, Kennedy called out, “I’m alive, Birch!” and Bayh pulled Kennedy out of the plane to safety. Bayh went back again to check on Moss and pilot, Edwin Zimny, but they were non-responsive. Bayh and his wife then walked to the road to call for help. Moss and the pilot, Edwin Zimny, suffered fatal injuries.