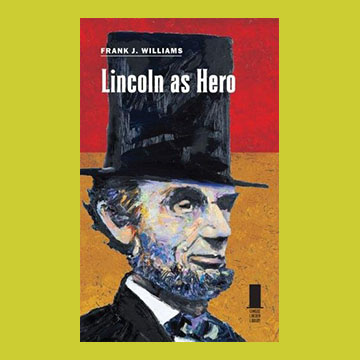 Whether it was as president, lawyer, or schoolboy, Lincoln extolled the foundational virtues of American society. Williams describes the character and leadership traits that define American heroism, including ideas and beliefs, willpower, pertinacity, the ability to communicate, and magnanimity.

Using both celebrated episodes and lesser-known anecdotes from Lincoln’s life and achievements, Williams presents a wide-ranging analysis of these traits as they were demonstrated in Lincoln’s rise, starting with his self-education as a young man and moving on to his training and experience as a lawyer, his entry onto the political stage, and his burgeoning grasp of military tactics and leadership. Williams also examines in detail how Lincoln embodied heroism in standing against secession and fighting to preserve America’s great democratic experiment.

With a focused sense of justice and a great respect for the mandates of both the Declaration of Independence and the Constitution, Lincoln came to embrace freedom for the enslaved, and his Emancipation Proclamation led the way for the Thirteenth Amendment, which abolished slavery. Lincoln’s legacy as a hero and secular saint was secured when his life ended by assassination as the Civil War was drawing to a close.