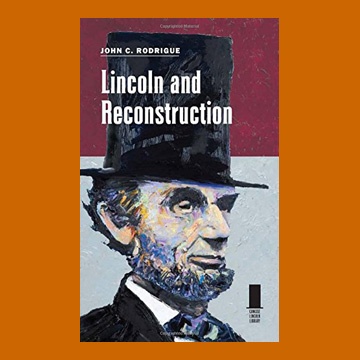 Although Abraham Lincoln dominates the literature on the American Civil War, he remains less commonly associated with reconstruction. Previous scholarly works touch on Lincoln and reconstruction, but they tend either to speculate on what Lincoln might have done after the war had he not been assassinated or to approach his reconstruction plans merely as a means of winning the war. In this thought-provoking study, John C. Rodrigue offers a succinct but significant survey of Lincoln’s wartime reconstruction initiatives while providing a fresh interpretation of the president’s plans for postwar America.

Revealing that Lincoln concerned himself with reconstruction from the earliest days of his presidency, Rodrigue details how Lincoln’s initiatives unfolded, especially in the southern states where they were attempted. He explores Lincoln’s approach to various issues relevant to reconstruction, including slavery, race, citizenship, and democracy; his dealings with Congressional Republicans, especially the Radicals; his support for and eventual abandonment of colonization; his dealings with the border states; his handling of the calls for negotiations with the Confederacy as a way of reconstructing the Union; and his move toward emancipation and its implications for his approach to reconstruction.

As the Civil War progressed, Rodrigue shows, Lincoln’s definition of reconstruction transformed from the mere restoration of the seceded states to a more fundamental social, economic, and political reordering of southern society and of the Union itself. Based on Lincoln’s own words and writings as well as an extensive array of secondary literature, Rodrigue traces the evolution of Lincoln’s thinking on reconstruction, providing new insight into a downplayed aspect of his presidency. Signed.

John joined us on Virtual Book Signing in July of 2013. Watch the Program.