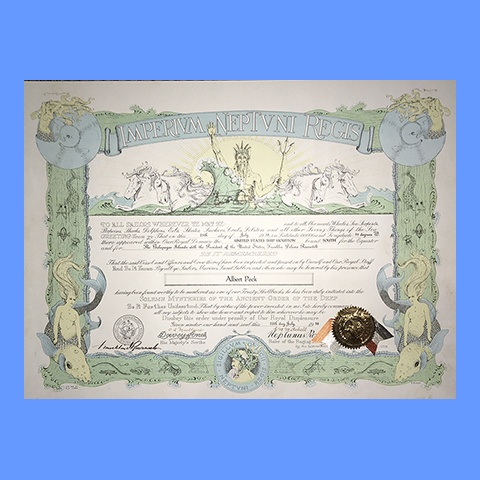 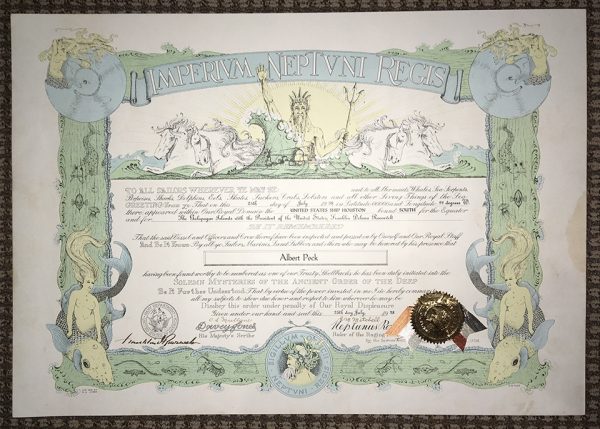 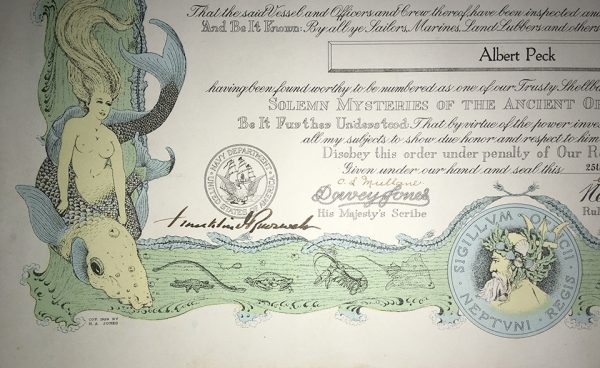 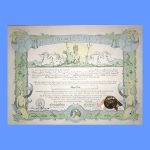 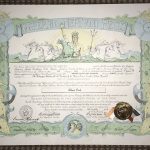 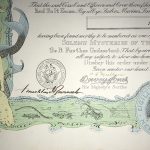 Highly Prized for Their Iconography

Franklin Roosevelt Signature on Shellback Certificate Printed Document. Historically a Shellback ceremony has been a rite of passage celebrating a sailor’s crossing the equator for the first time. These Shellback certificates are highly prized for their colorful display and fascinating backstory.

This certificate was signed by FDR while officiating not as president, but as “Senior Shellback.”  The certificate is signed in type by “Davey Jones” and “Neptunus Rex” and features an image of Neptune rising from the waves behind an image of the ship, with mermaids and other sea life framing the certificate.

Issued to Albert Peck, a member of the Secret Service detail guarding the president, while aboard the Houston.  The group was “bound south for the  Equator and for the Galapagos Islands” for a fishing trip.  The trip would have occurred after that year’s Fleet Review in San Francisco.