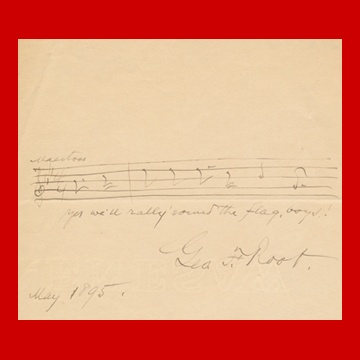 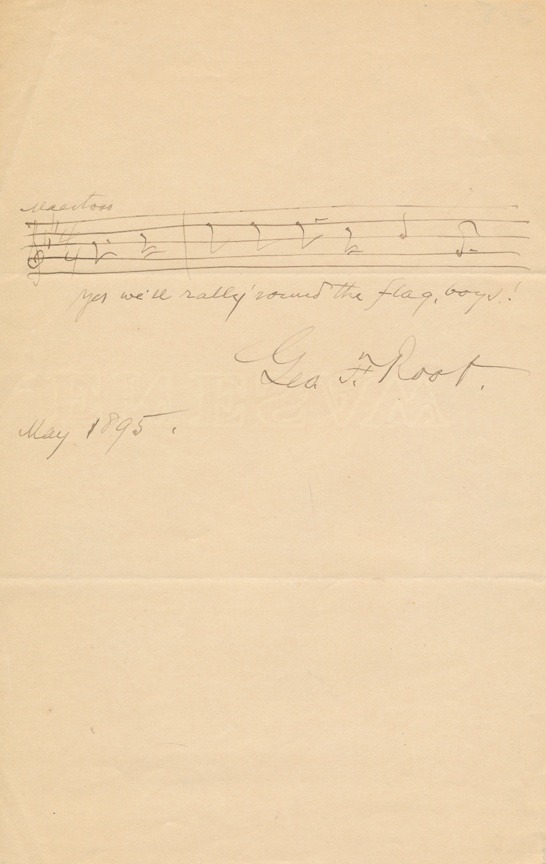 George F. Root writes, signs and dates a musical notation for the phrase “Yes we’ll rally ’round the flag boys…”

The Battle Cry of Freedom was composed by Root in the summer of 1862 to support military recruitment in Chicago. This patriotic anthem of the Union cause was so popular that its Chicago publisher, Root & Cady, had 14 printing presses going at one time; it is estimated that over 700,000 copies were placed in circulation.

It was also used as the campaign song for the Lincoln-Johnson ticket in 1864 and, indeed, became so popular that composer H. L. Schreinder and lyricist W. H. Barnes adapted it for the Confederate cause.