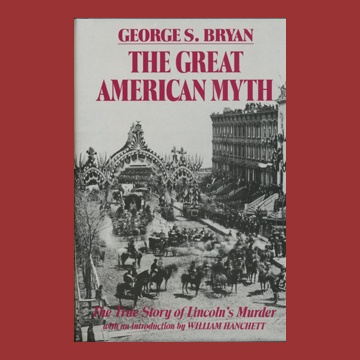 The Classic Interpretation of Lincoln’s Assassination

George S. Bryan’s The Great American Myth is the classic interpretation of Lincoln’s assassination as a simple conspiracy, carried out by John Wilkes Booth acting on his own and dying in the Garret barn.

Bryan spent years studying and researching this neglected period in American History. In addition to undertaking a more thorough search of contemporary newspapers, Bryan had access to previously unknown and unused material, including the John T. Ford papers. Mr. Bryan was also fortunate to obtain first-hand information from two men who knew Booth, and a signed statement from Booth’s nephew who had never before spoken for publication.

An essential book for anyone interested in this event. This is an Abraham Lincoln Book Shop, Inc. reprint. As New.