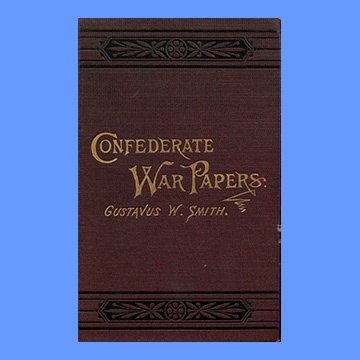 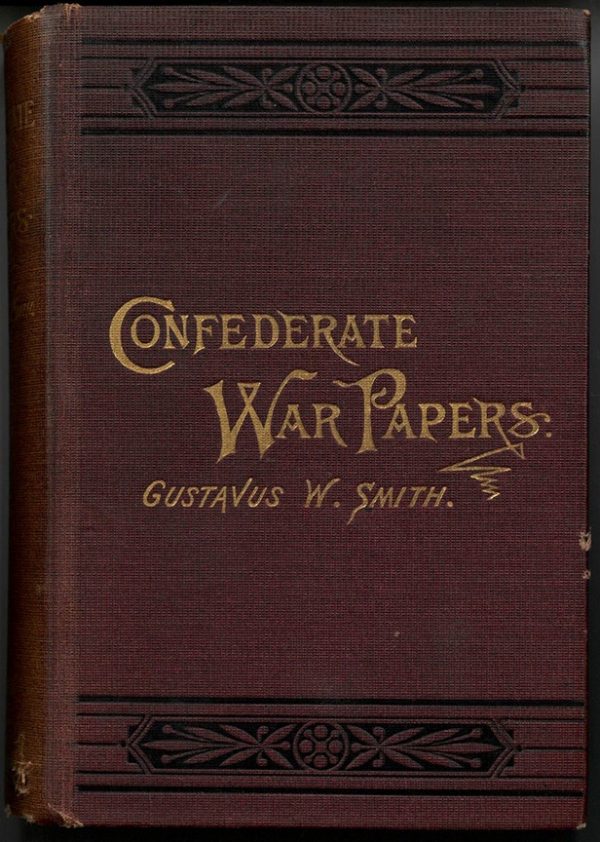 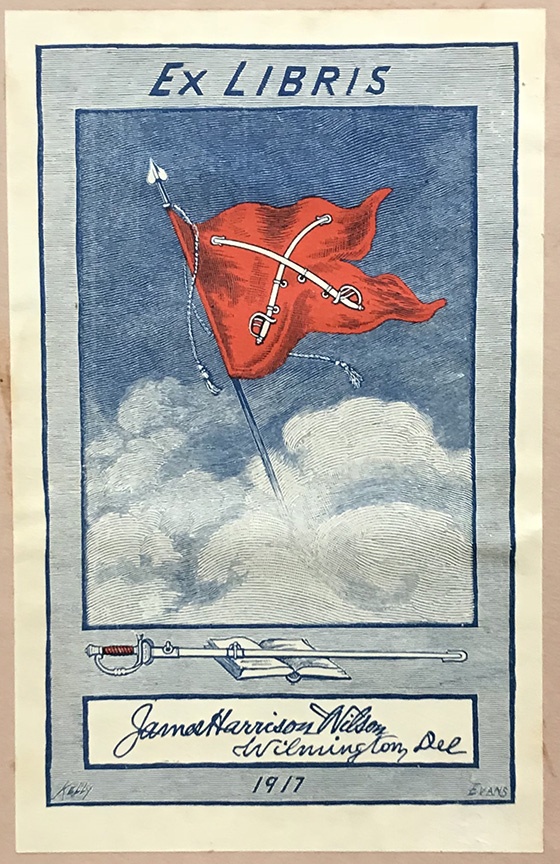 Gustavus W. Smith’s Confederate War Papers is largely his apologia for failure at the Battle of Seven Pines, when he briefly commanded the Confederate Army. Smith also covers other activities we was involved with, including Fairfax Court House, New Orleans, Richmond, and North Carolina.

This copy is a one-of-a-kind association piece that relates Smith’s book to two other important Civil War Personalities. Smith gave this book to Charles A. Dana, former Assistant Secretary of War in Lincoln’s War Department, and eyewitness chronicler of Union Army headquarters from Grant at Vicksburg, to Rosecrans at Chickamauga, to Meade at Petersburg. Smith inscribes, “Hon. Charles A Dana / with the compliments / of (space & Signature) / May 22nd, 1884.”

The book also features the personal bookplate of James Harrison Wilson, Union general, and friend & biographer of Charles A Dana (dated 1917). So the book was gifted to Dana, and then re-gifted to Wilson, who must have kept it in his library until his death in 1925. The association of three prominent Civil War participants demonstrates the ongoing struggle for Civil War history.