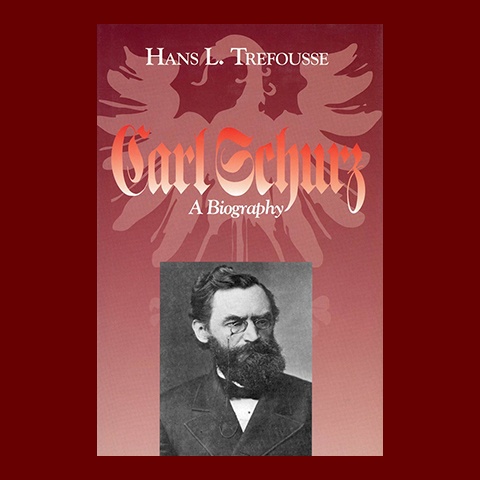 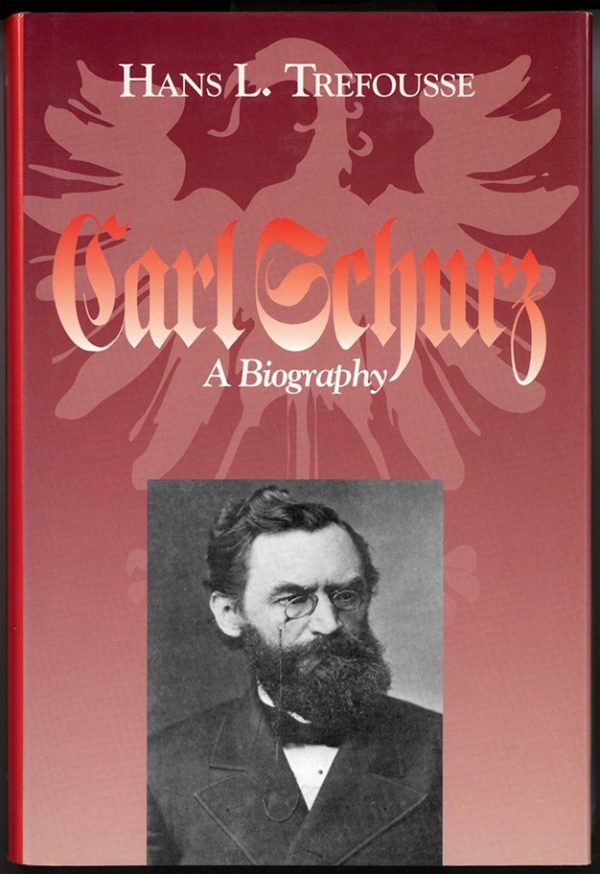 Hans Trefousse’s Carl Schurz: A Biography is the definitive life of the German-born journalist, statesman, soldier and revolutionary.

Schurz came to America as a political refugee in the 1850’s and almost immediately became involved in Republican politics, bringing many fellow Germans to the Party. After helping Lincoln get elected, Schurz served ably in the Union Army, commanding a division at Second Bull Run, Chancellorsville, Gettysburg, and Chattanooga. After the war, the Liberal Republican was elected Senator from Missouri, was Secretary of the Interior under Hayes, and then resumed his career in journalism. A man much admired for his willingness to stand by principles, Carl Schurz’s career is a model example of the never-ending problem of immigration, assimilation, and retention of ethnic identity.

By a great historian of the Reconstruction era.  As new; dust jacket; inscribed and signed by author.