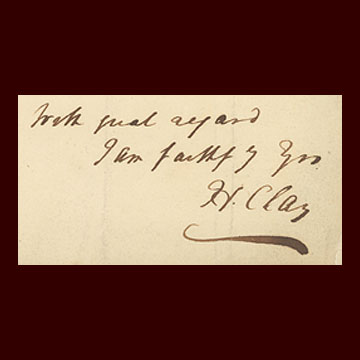 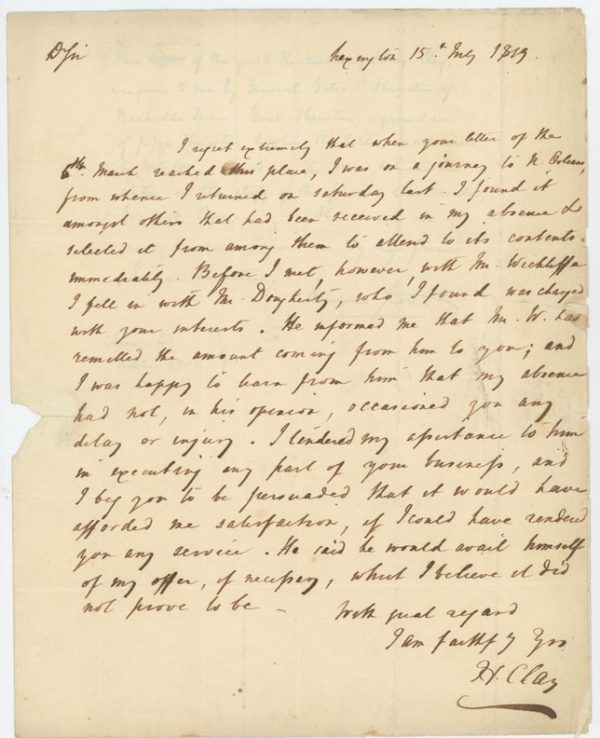 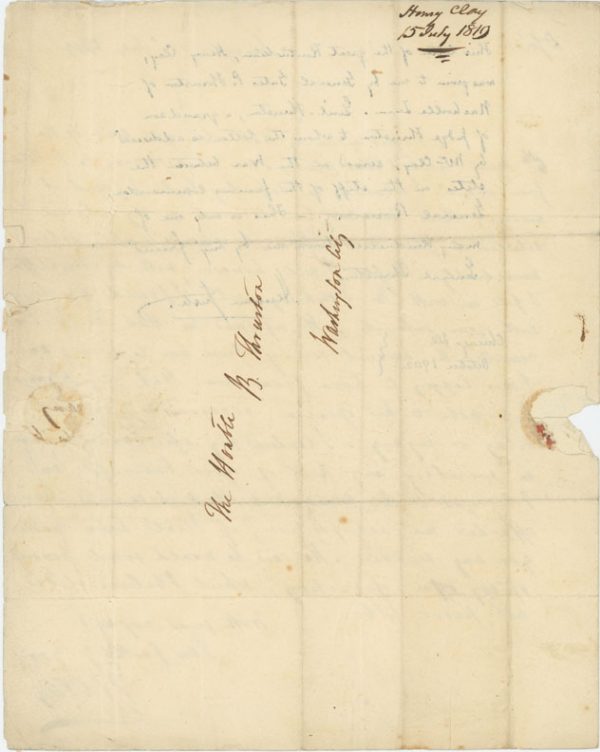 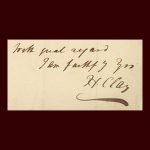 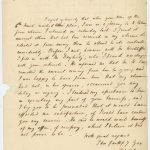 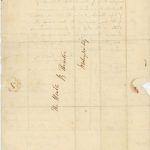 Henry Clay writes and signs a letter to the Honorable Buckner Thruston, Clay’s predecessor as United States Senator for Kentucky. Clay regrets that Thruston’s letter of 6 March arrived while “I was on a journey to N. Orleans, from whence I returned Saturday last.” He has met Mr. Dougherty, “who I found was charged with your interests” I was happy to learn” that my absence had not, in his opinion, occasioned you any delay or injury.”

Thruston was a Lexington judge, U.S. Senator, and grandfather of Gen. Gates P. Thruston, who was on General Rosecrans’s staff during the Civil War. A note penned on the integral leaf and signed by Herman Gusti of Chicago, 1902, states that he received this letter from his friend, Gen. Thruston.

A rather early example in a large hand (unlike the often cramped and small hand of his later years), with a large, clear signature. Lt. soil; marg. nicks and seal hole; some marg. tears w/ no losses.