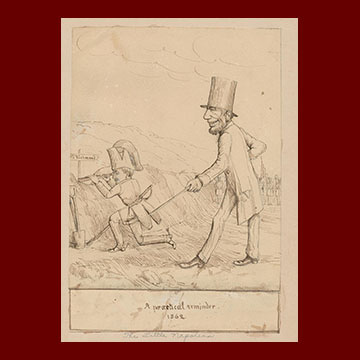 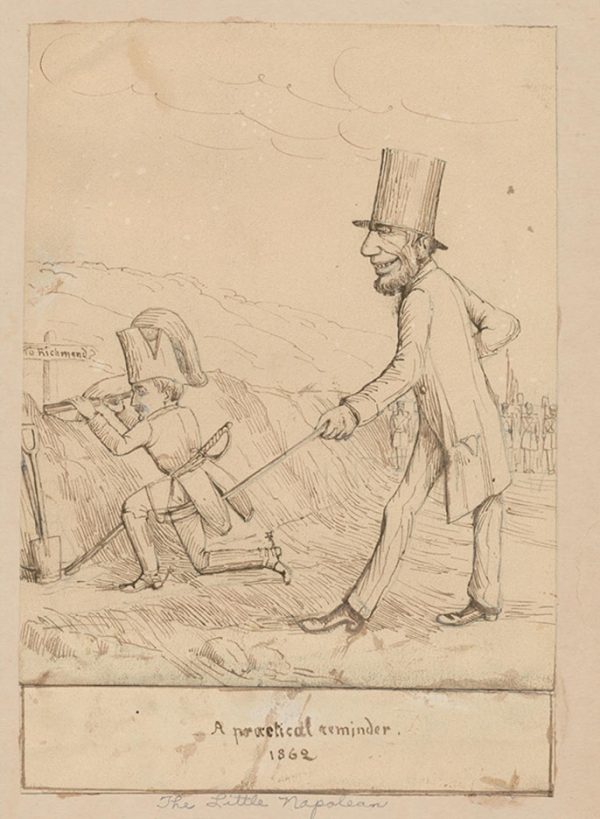 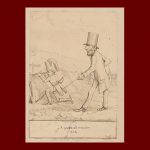 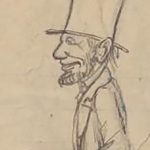 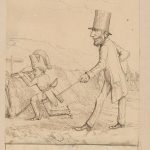 Lincoln Laughing, Created by an Artist who Saw Him Laughing, In Person!

“From Life” means the person who created it had the good fortune of seeing Lincoln in person. This field sketch is quite unusual in showing a more intimate and personal side of Lincoln, with him smiling, gesturing with his hand, and having papers sticking out of his pocket. There is no other artist’s sketch “from life” of Lincoln smiling. We see Lincoln laughing, from one who personally saw him do so; and for the very first time, we have knowledge of how his teeth looked! Strother had met Lincoln on a number of occasions, thus having a chance to view him personally and up close.

Strother is unique in presenting a laughing Lincoln “from life.” This sketch is the only contemporary sketch to show this side of Lincoln! In his Diary entries at Antietam for October 2nd and 3rd, 1862, Strother describes being with the President. His first mention is on the 1st, writing “Abraham Lincoln will visit us tonight.” On the 2nd, after riding out to the battlefield with Genl. George McClellan, “the President…came in from the battlefield and went to dinner. Two bands vied with each other in discoursing sweet music while the laughter at the President’s hard jokes filled up the intervals until I went to sleep.” Continuing on the 3rd: “Saw the President with an officer going to take a drink, I think. Then saw Lamon who called me over to the great tent and presented me to his Excellency, who remembered me.” Strother went on about Lincoln’s representative “American” character. Obviously, the artist had examined Lincoln and had seen him laugh, even showing his teeth.

Strother was born in Martinsburg, Virginia on September 16, 1816. A widely known author of his time, he illustrated his books purely in crayon. So known for this, his pen name, became “Porte Crayon.” From 1842-1849, he studied art in Rome and New York with Samuel Morse, inventor of the electric telegraph. Throughout the Civil War, Strother created crucial maps that lead the Union through the South; he was violently opposed to secession and began the Civil War as Captain and Assistant Adjunct General in the Union army. He later served as a staff member for both Major General David Hunter and Major General N. P. Banks. He was also Colonel of the Third West Virginia Cavalry. Post war, Strother was promoted to the rank of Brevet Brigadier-General, in August 1865. In addition, he worked as a draftsman. During the war, Strother was a correspondent for Harper’s Weekly; he worked at Harper’s for approximately 15 years. After the war, however, he resumed writing. Some of his works were later bound into a book titled, “Virginia Illustrated”. In 1879, he was appointed Consul General to Mexico by President Rutherford B. Hayes, which saved him from poverty.

Featured on Take a Break With History, Watch Below