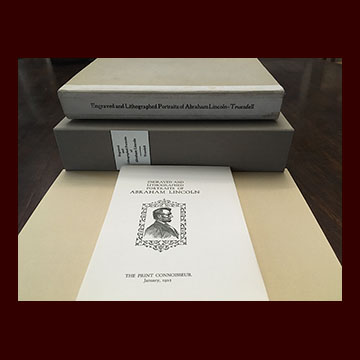 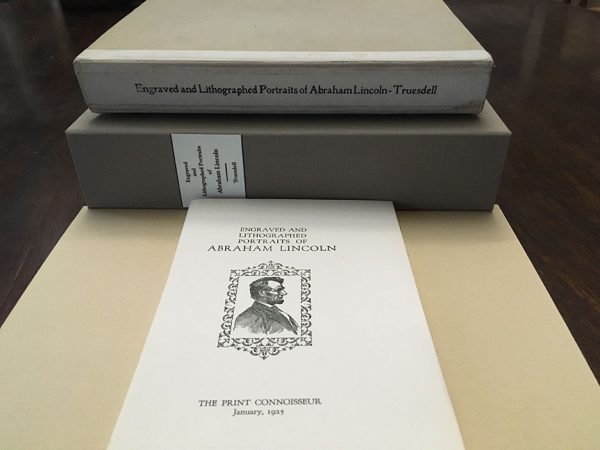 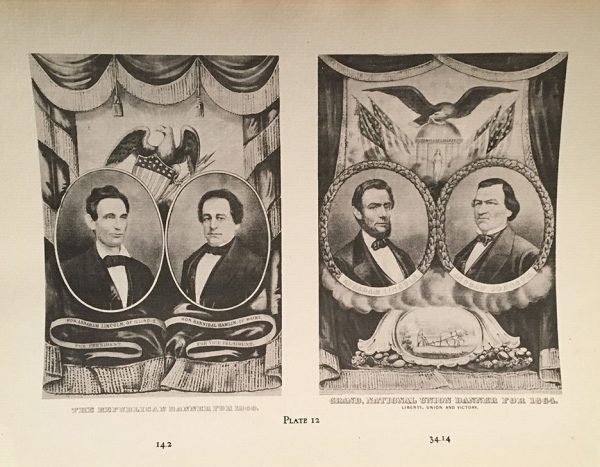 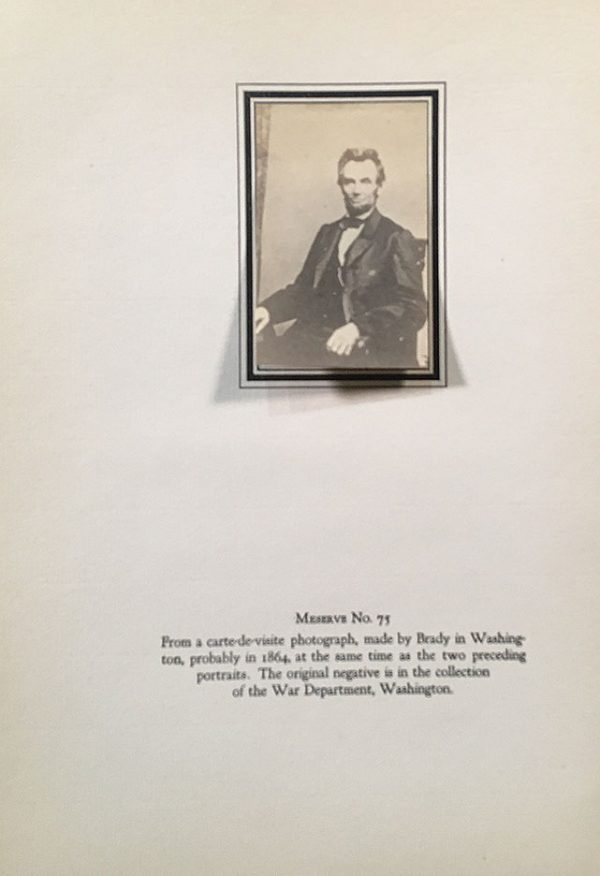 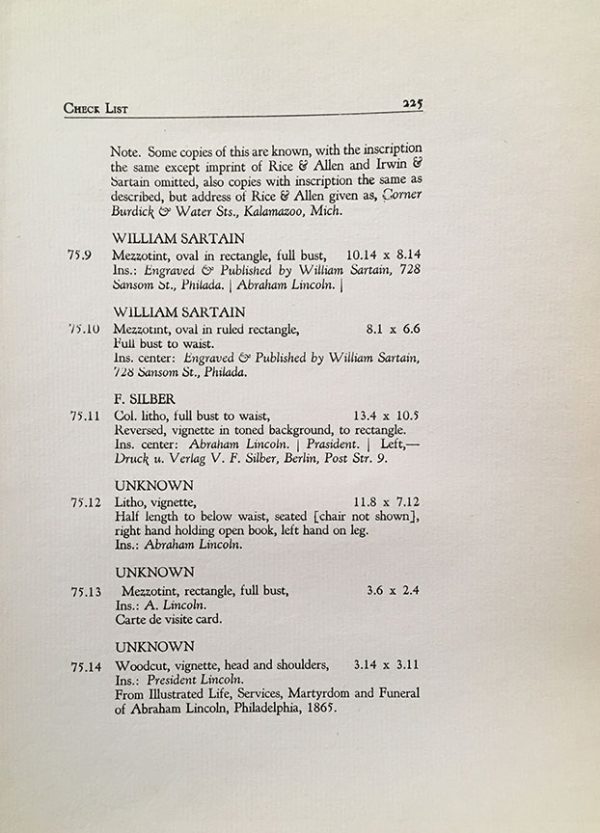 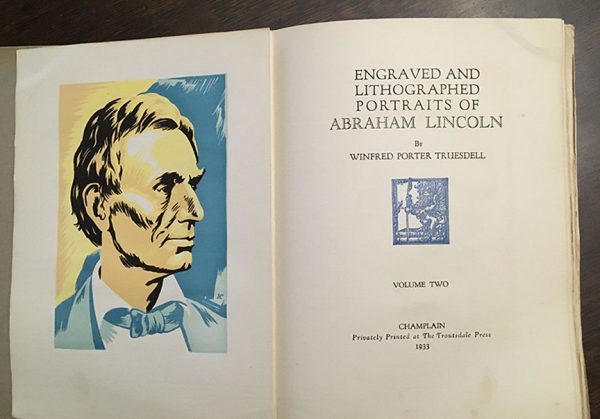 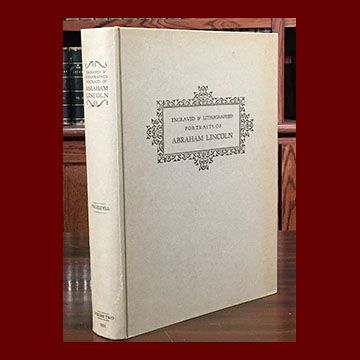 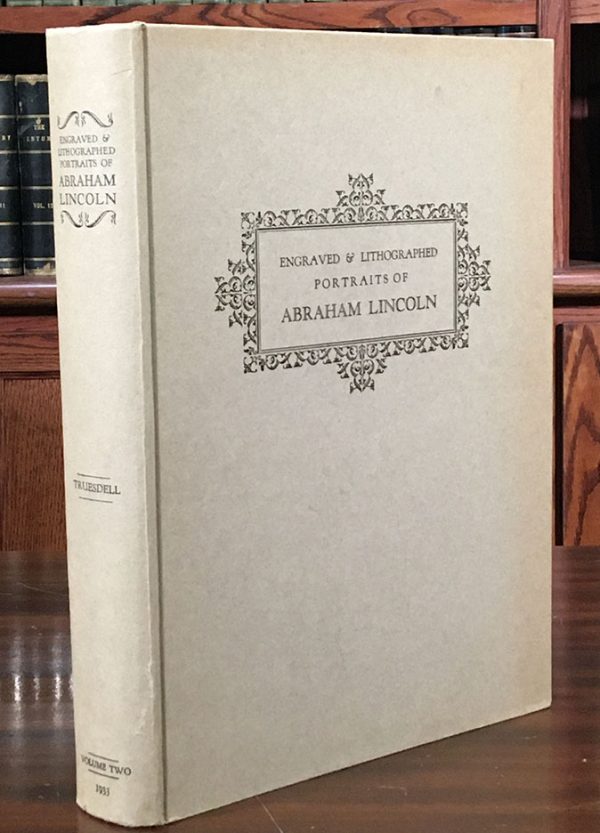 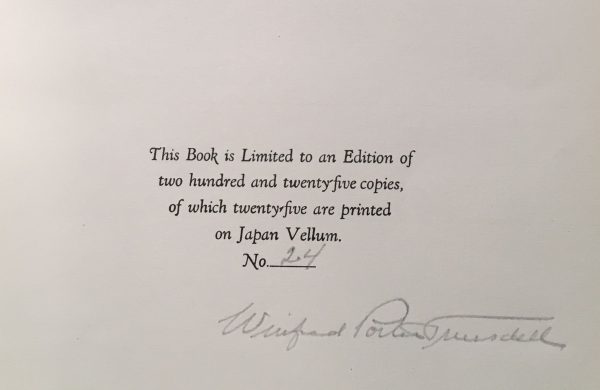 Lincoln Portraits, Gathered by a Leading Artist of the Day

William Truesdell’s ingenious compilation of Engraved and Lithographed Portraits of Lincoln, the very first we’ve seen in the market. This was an early attempt to provide a checklist of Lincoln prints (engravings, etchings, lithographs, wood blocks) for the collector.

Categorized by the photographs on which they were based, each is given a separate number and briefly described. This scarce unbound example would be excellent to use for exhibits, certainly one of the more multi-use artifacts that we’ve encountered. Any number of likenesses can be used, so that more than one image can be displayed for illustrating differing stories. These images can always be put back together, too. This is much more useful for a library or museum than the bound volume, where only one illustration can be viewed at a time.

Announcement from A Quarterly Magazine for the Print Collector. This was a quarterly periodical, published from 1920 to 1932 by Winfred Porter Truesdell. Starting with Volume 1, No. 1 (October 1920) it lasted through 46 issues to Volume 12, No. 2 (1932) Most issues contained at least one original print as the frontispiece.

The present pamphlet, housing loose gathers, is a draft copy of Truesdell’s own publication, The Print Connoisseur for January, 1925. The actual publication, originally announced in 1920, was delayed until 1933 and had a larger format than shown in The Print Connoisseur. This “draft gathering” housed in modern, loose wrappers includes: title page; frontispiece; 36 printed listing pages, including an introduction to the work; and 25 illustrations, on slick paper, that show some of the various images that will be included in the actual publication.

Truesdell, Winfred P. ENGRAVED AND LITHOGRAPHED PORTRAITS OF ABRAHAM LINCOLN. Volume Two (the only volume printed). Champlain: Privately Printed at the Troutsdale Press, 1933. Quarto; xxvi 3-241p.; color frontis.; 33 illus. 49 tipped-in Meserve cartes-de-visite reproductions of Lincoln photographs taken directly off Mathew Brady’s original glass plates. In temporary protective boards (w/ spine label); unbound gatherings inside as issued by the publisher in order to accommodate clients who wished to have it bound in their own manner; perhaps in leather or in a certain color cloth.  Draft Gatherings of The Print Connoisseur / January, 1925 magazine (published by Truesdell himself) announcing the (new) upcoming publication (1933) of his full book, described above. Truesdell, Winfred Porter. THE ENGRAVED AND LITHOGRAPHED PORTRAITS OF ABRAHAM LINCOLN. (Announcement in) The Print Connoisseur, January, 1925.

Featured on Take A Break With History, Watch Below