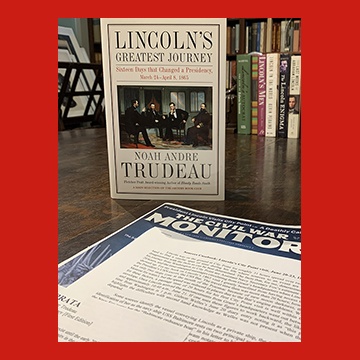 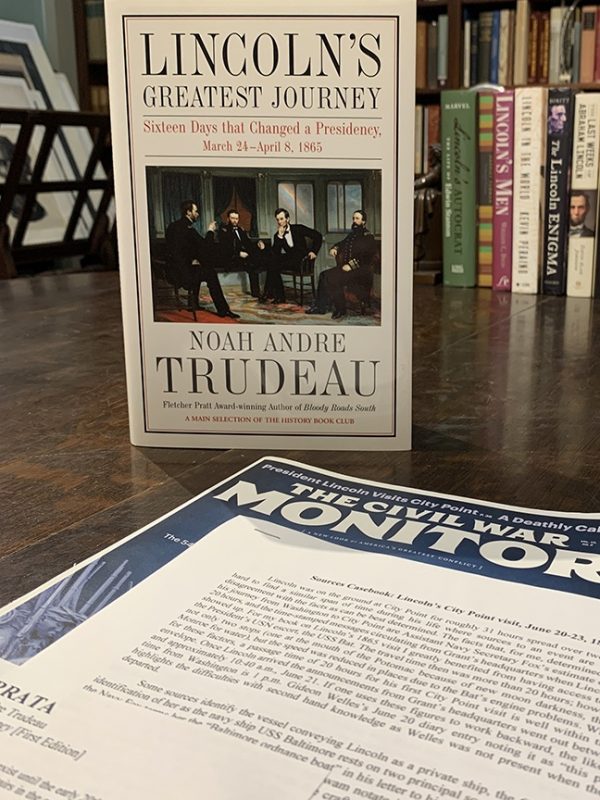 Each Signed by Trudeau, With Errata Sheet & Ephemera

In Lincoln’s Greatest Journey, Noah Andre Trudeau takes a look at Lincoln’s journey to City Point in March, 1865. A vast and terrible civil war was winding down, leaving momentous questions for a war-weary president to address. A timely invitation from General U. S. Grant provided the impetus for an escape to City Point, a journey from which Abraham Lincoln drew much more than he ever expected. Here is the first comprehensive account of a momentous time.

Previous coverage of this unprecedented trip—Lincoln’s longest break from the White House since he had taken office—has been sketchy at best and often based on seriously flawed sources. Lincoln’s Greatest Journey represents the most extensively researched and detailed story of these decisive sixteen days at City Point in a narrative laden with many heretofore unpublished accounts. The richly shaped prose, a hallmark of Trudeau’s pen, rewrites much of this misunderstood story of what really happened to Lincoln during this time.

Soon to go out of print, we have worked closely with the publisher and Noah Andre Trudeau to bring you a special version of this book. These are signed by Trudeau and include an author-provided errata, source list as well as a copy of an issue of Civil War Monitor in which Trudeau discusses Lincoln’s visit to City Point. These are wonderful gifts for the Lincoln and Civil War buff on your list.