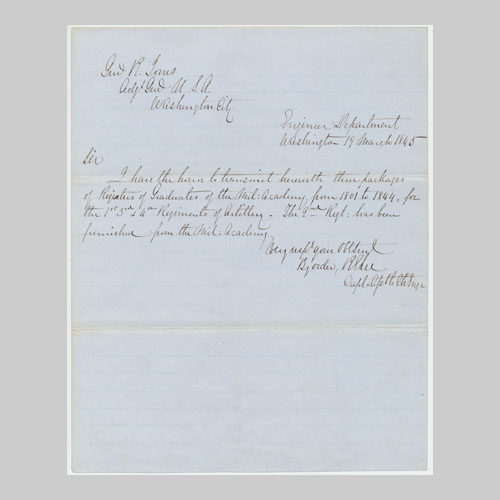 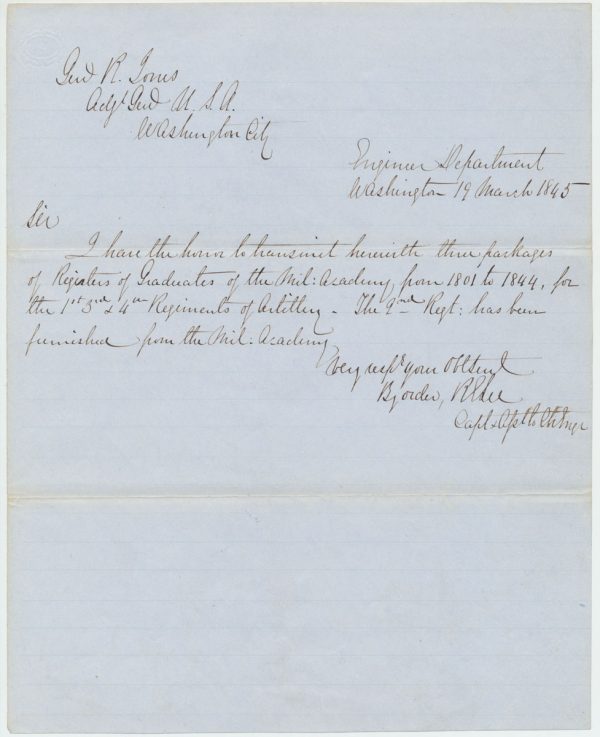 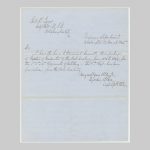 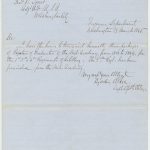 In full: “I have the honor to transmit herewith (not present) three packages of registers of graduates of the Mil: Academy from 1801 to 1844, for the 1st 3rd & 4th Regiments of Artillery. The 9th Regt: has been furnished from the Mil: Academy. / Very respt. Your Obt. Sevt. By order. Lee had earned a promotion to Captain for his engineering work on the Mississippi.

Though writing from Washington, at this time he was post engineer for Ft. Hamilton, NY. In the following year he would serve as an aide to Winfield Scott during the war with Mexico.