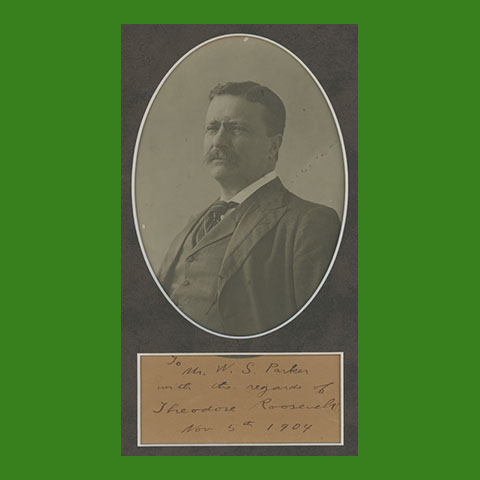 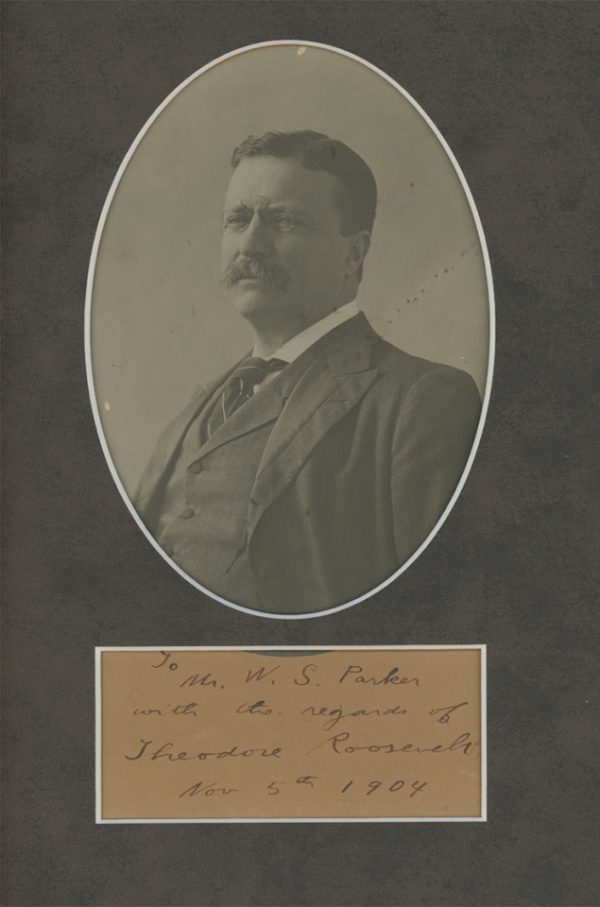 Inscribed and Signed as President

A classic Theodore Roosevelt photograph, signed and inscribed while he was President.

Roosevelt signed this photo (by C. M. Bell) was signed and inscribed just three days before the election which Roosevelt won outright after having succeeded to the Presidency following the assassination of McKinley. Addressee is likely Walter S. Parker (1846 – 1931) from Reading, MA. Parker was a Civil War veteran educator and education administrator, Founding member of the First Bank of Reading, and broadly a civic leader of his city. He would have known Roosevelt through his association with the National School of Methods at Saratoga, NY while Roosevelt was governor.

Very good; attractively matted in brown, mottled pressboard with beveled openings for photo and inscription. A line of spots over TR’s left shoulder, two small nicks near bevel, water spot near ending “t” but not on the signature.