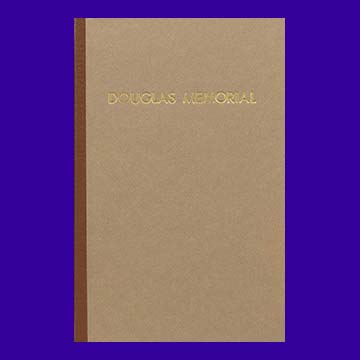 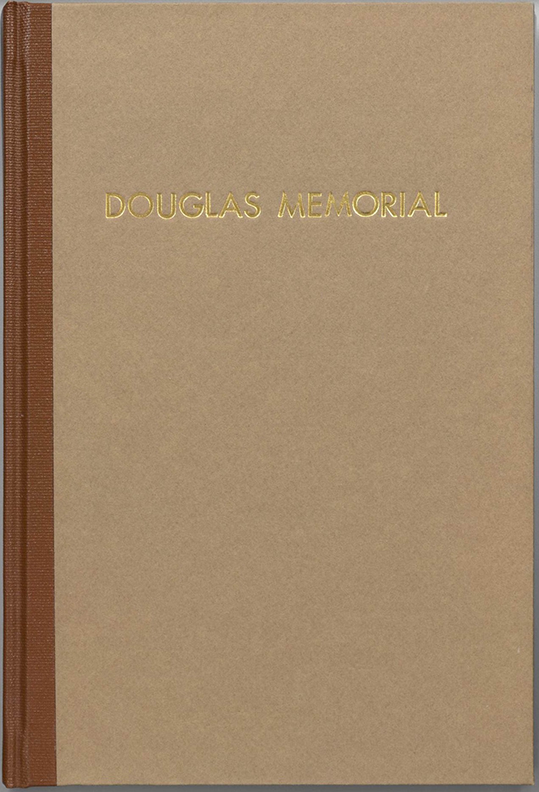 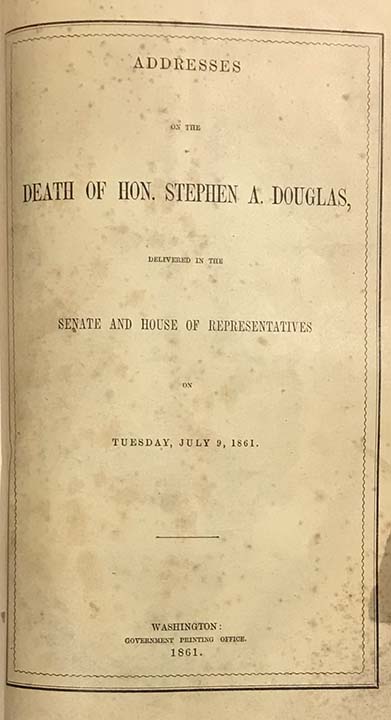 Addresses on the Death of Hon. Stephen A. Douglas, 1st ed.

Eulogies for “The Little Giant”

The Addresses on the Death of Hon. Stephen A. Douglas, contains the official grieving the Illinois Senator.

Stephen A. Douglas died unexpectedly on June 3, 1861, just as the Union War effort was getting started. In his last public address Douglas declared, “every man must be for the United States or against it. There can be no neutrals in this war; only patriots and traitors.” In his death, Abraham Lincoln’s chief rival made common cause with his old colleague in support of the Union.

These obituary addresses by many prominent colleagues of Douglas, including many from Illinois who knew the “Little Giant” well, and demonstrate the shock at his untimely passing. Eulogists include Lyman Trumbull, Orville Hickman Browning, and Representative and soon-to-be Major General John A. McClernand.