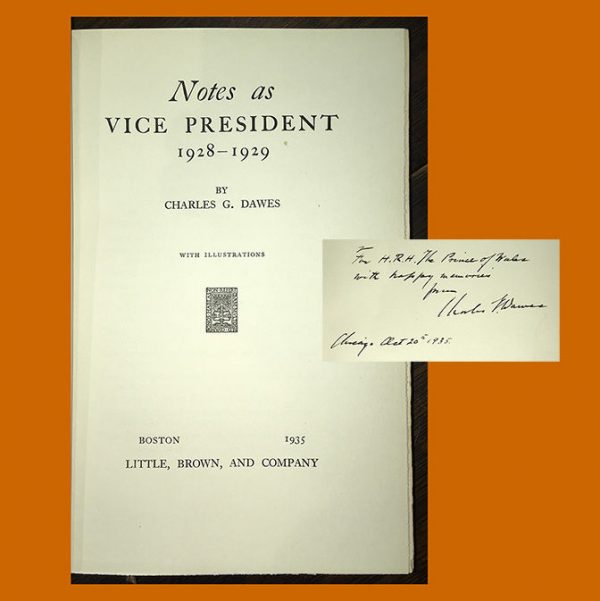 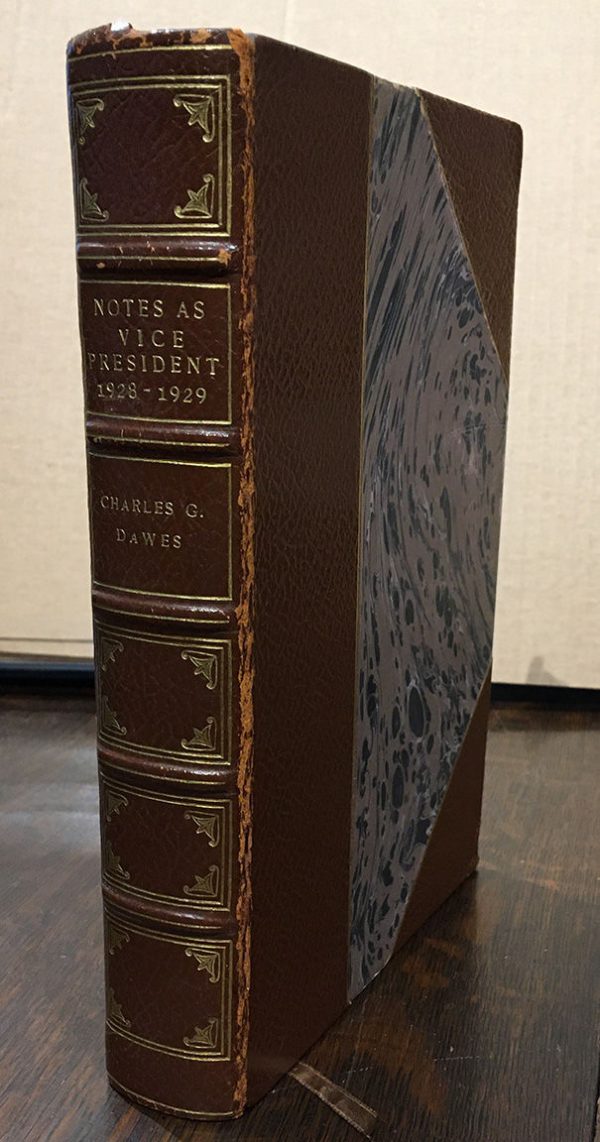 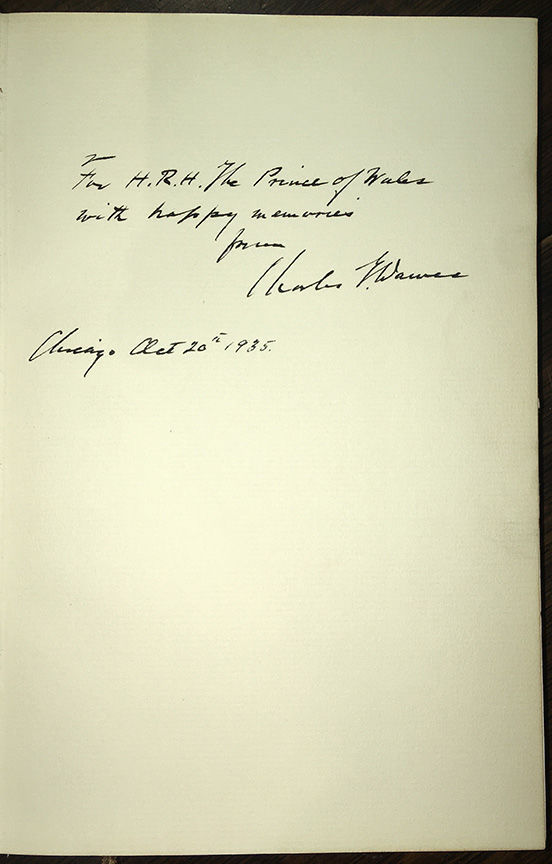 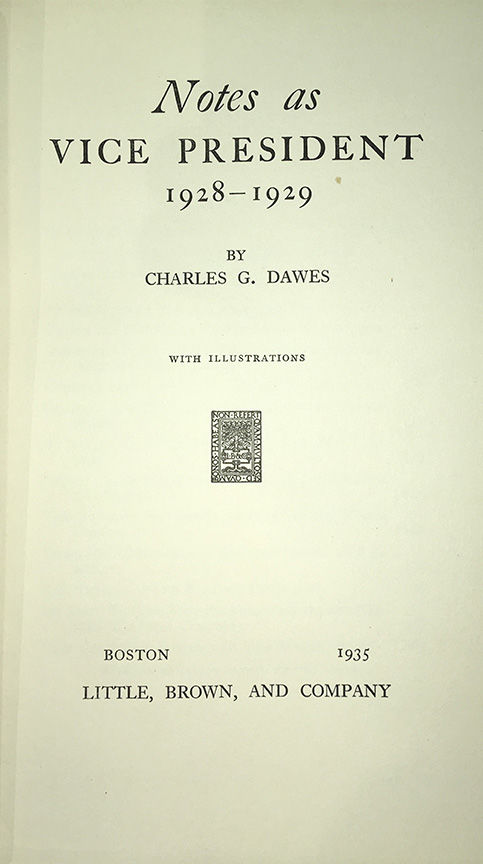 Charles G. Dawes, Notes as Vice President 1928-1929, Inscribed and Signed to the Prince of Wales

A Vice President and a Nobel Prize Winner

Coolidge, upon spying Dawes crossing Pennsylvania Avenue outside the Oval Office, reportedly said to Idaho Senator William Borah: “There goes the Vice President, with nothing on his mind but my health.”

This is an exceptional Association Copy, as Dawes had been Ambassador to the United Kingdom from 1929-1932; Edward VIII, in his memoirs, considered Dawes to have been an excellent and effective Ambassador.

Excellent; tight and clean throughout; wear along joints and corners.