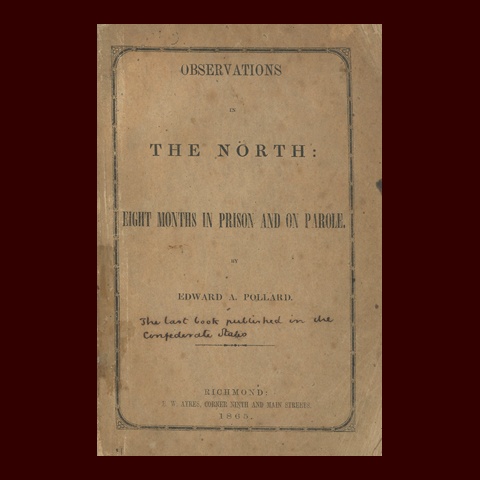 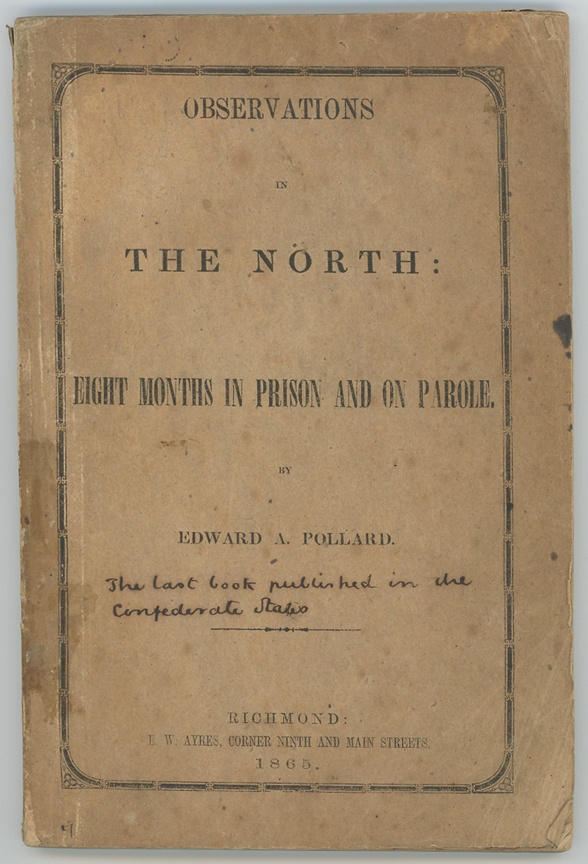 Edward Pollard’s Observations in the North: Eight Months in Prison and on Parole

The Last Pamphlet Published in the Confederacy!

Edward Pollard’s Observations in the North: Eight Months in Prison and on Parole is allegedly the last book printed and published in the Confederacy.

Edward A. Pollard (1832-1872), editor of the Richmond Examiner, spent two short terms imprisoned by Federal authorities. In 1864, while attempting to travel to England, Pollard’s blockade runner was captured by a Union warship, and he was imprisoned in Fort Warre, Boston. After his release on parole, Pollard was again captured in Virginia, and incarcerated at Fort Monroe. He was then exchanged for a northern journalist, Albert Richardson of the New York Tribune, and returned to Richmond in time to write his experiences. After the war Pollard wrote The Lost Cause, the book that ascribed a name to the pro-Confederate memory of the southern cause that influenced Civil War historical writing for generations.