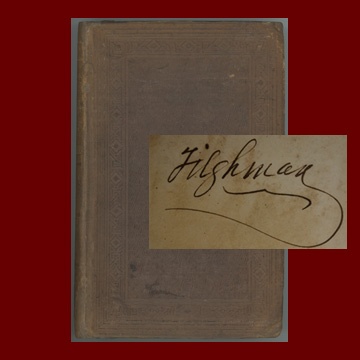 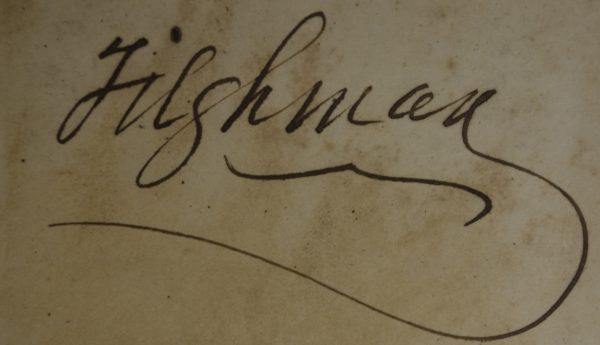 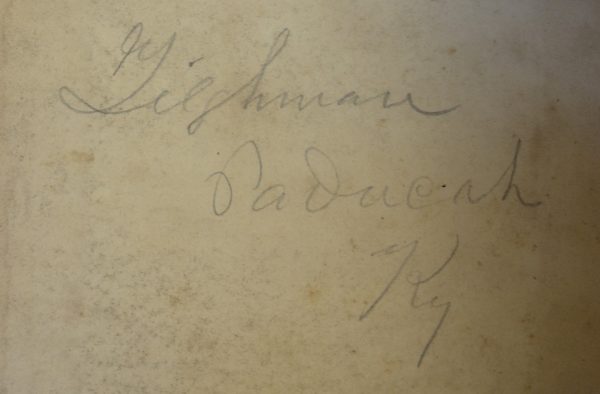 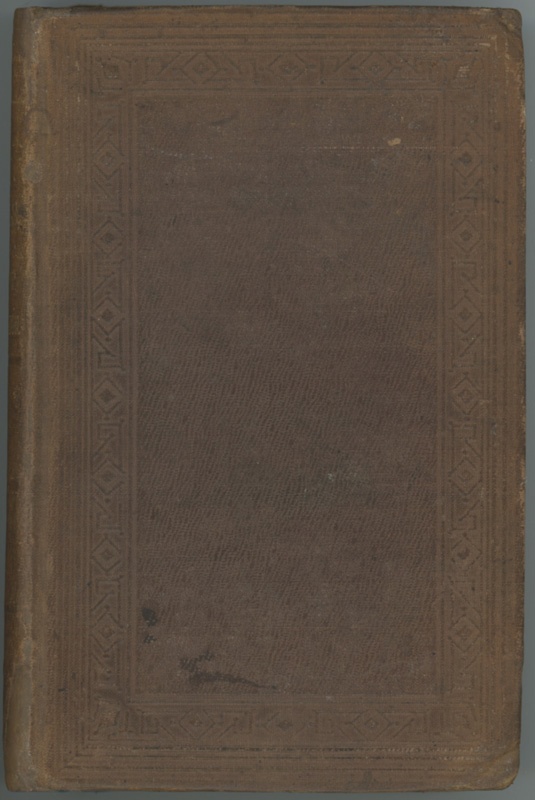 Lloyd Tilghman, CSA General, signed this copy of Jere Clemens, The Rivals, twice. This novel attempted to recover the reputation of Aaron Burr, which was at a nadir in 1859. Clemens was a great admirer of Burr, and an equally great critic of Alexander Hamilton.

General Lloyd Tilghman, C.S.A. (1816-1863), a native of Maryland, graduated from West Point in 1836. He served only briefly in active service before resigning and taking up the profession of civil engineering. He moved with his family to Paducah, Kentucky in 1852, as a building engineer for the New Orleans and Ohio Railroad.

This volume was no doubt from his personal library in the Greek revival home built for him by Robert Woolfolk. It might have even been taken from the house by Union soldiers when they occupied Paducah in 1861, or after 1864 when Woolfolk, who occupied the home after Tilghman’s death, was banished from the town by Union authorities. The house still stands.

Tilghman was commissioned Colonel of the Confederate 3rd Kentucky Infantry in 1861, then promoted to Brigadier General. As such he supervised construction of Forts Henry and Donelson, and surrendered the former to General U. S. Grant on February 6, 1862. Following his exchange, he commanded Confederates in Mississippi, where he was killed at the battle of Champion Hill, May 16, 1863.

Books signed by Confederate Generals who died in the war are quite scarce!

Clemens, Jere. The Rivals: A Tale of the Times of Aaron Burr and Alexander Hamilton. Philadelphia: 1860. 286p.