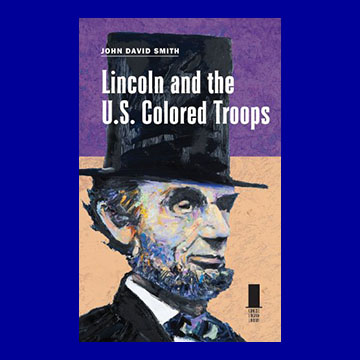 John David Smith turns the spotlight on Lincoln’s relationship with the African-American servicemen in Lincoln and the U.S. Colored Troops.

After tracing Lincoln’s evolution from opposing to supporting emancipation as a necessary war measure and to championing the recruitment of black troops for the Union Army, Smith details the creation, mobilization, and diverse military service of the USCT. He assesses the hardships under which the men of the USCT served, including the multiple forms of discrimination from so-called friends and foes alike, and examines the broad meaning of Lincoln’s military emancipation project and its place in African American historical memory.