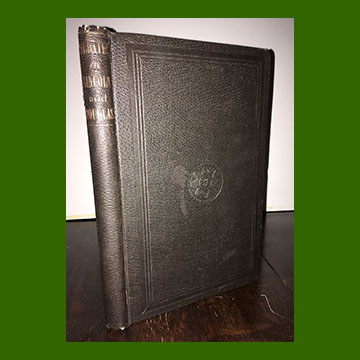 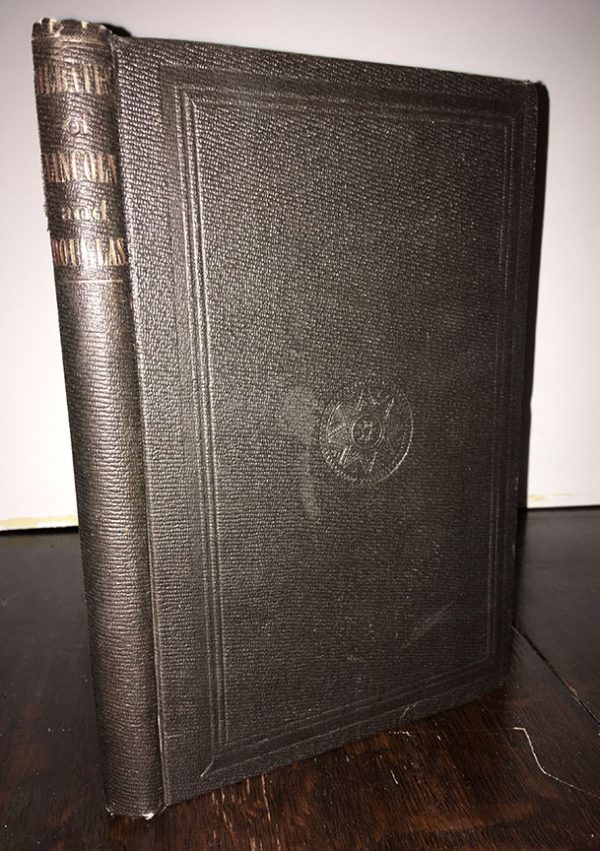 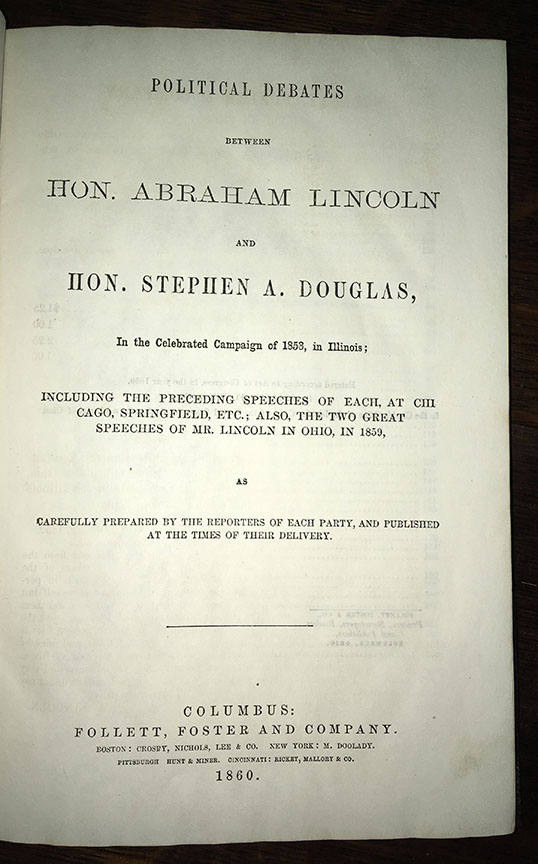 A Staple of Any Lincoln or American Political Bookshelf

Published by ex-Whig Oran Follett in support of the Republican candidate Abraham Lincoln, these political debates sold approximate 50,000 and introduced both the candidate and his political views to the nation. Lincoln had kept a newspaper scrapbook of his 1858 U. S. Senate race that became the basis of the publication. That scrapbook (actually two), is the basis of this publication.

For more about the history of the publication of the Lincoln Douglas Debates, Read Mr. Lincoln’s Book, by Dave Leroy. Mr. Lincoln’s Book also provides the very first checklist of the editions of the Debates. This is 6th edition, with 24,966 copies sold.