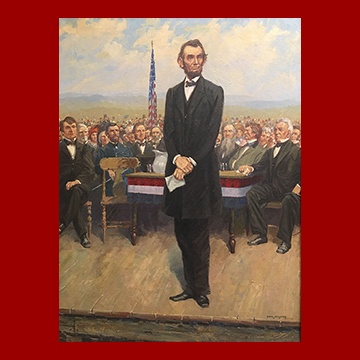 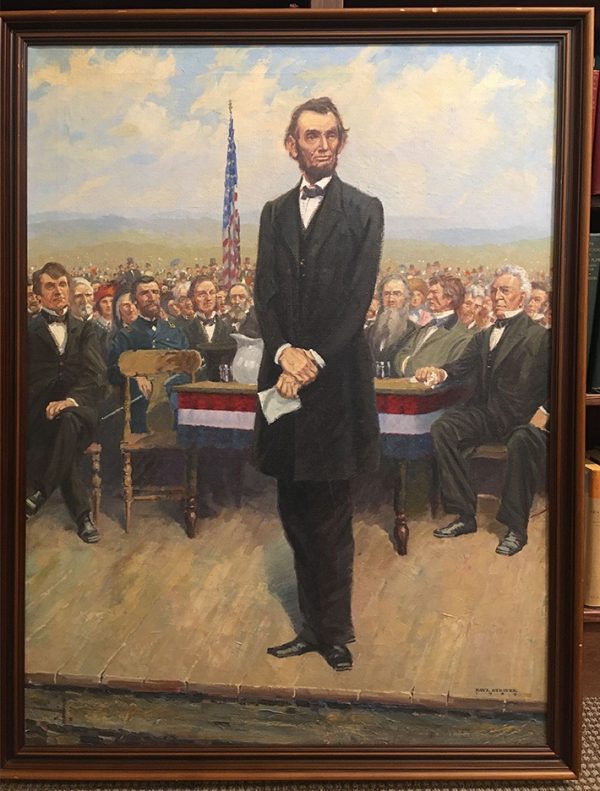 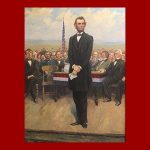 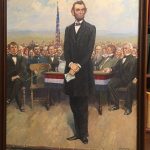 Lincoln delivering the Gettysburg Address, with seated people (many recognizable) and a flag behind. This image is well-known in the Lincoln community.

Paul Strayer (1885-1981) was primarily a self-taught artist, though he took some formal training for figure-drawing at the  Art Institute of Chicago.  His illustrations have appeared in a wide variety of magazines, books, newspapers, and even signal cards to be placed in the  windows of homes that had tin cans awaiting collection by the Chicago Women’s Volunteer Corps.  He was a staff artist at his father’s newspaper, The Chicago Times, and in 1919 began painting covers for pulp magazines, such as Adventure, Sea Stories, Triple-X, and The Frontier. His illustrations have appeared in book publications of Houghton Mifflin, Rand McNally, and A. C. McClurg.  He illustrated Rudyard Kipling’s Tales of India in 1935.  In the 1950s Paul Strayer returned to his creative roots, and became a top illustrator for The Chicago Tribune Sunday Supplement Magazine.