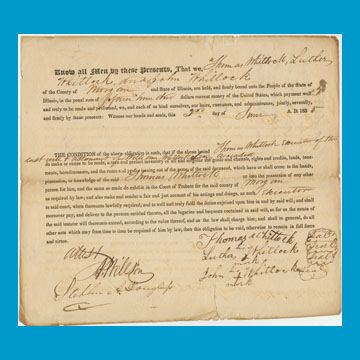 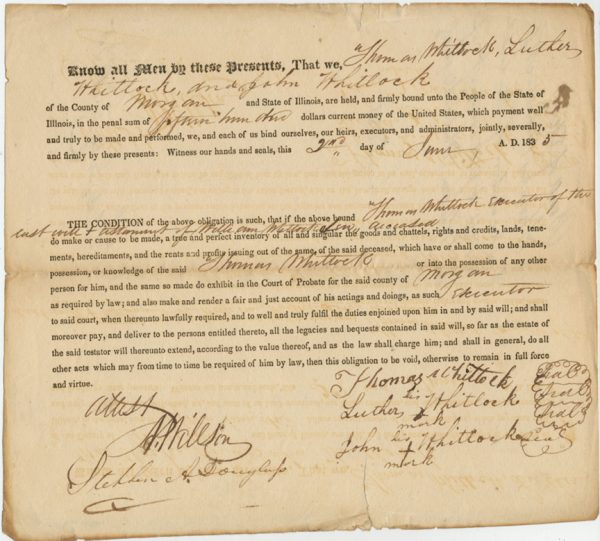 The “Little Giant,” an Illinois Attorney

Douglas moved to Illinois in 1833. By 1834 he was admitted to the Illinois bar. He quickly rose through local the local Democratic party, becoming Illinois State Attorney for Morgan County in 1835.

In this document, Douglas attests to the signatures of Thomas, Luther, and John Whitlock, Thomas being the Executor “of the last will and testament of William Whitlock deceased.”