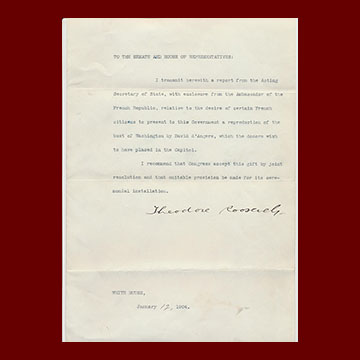 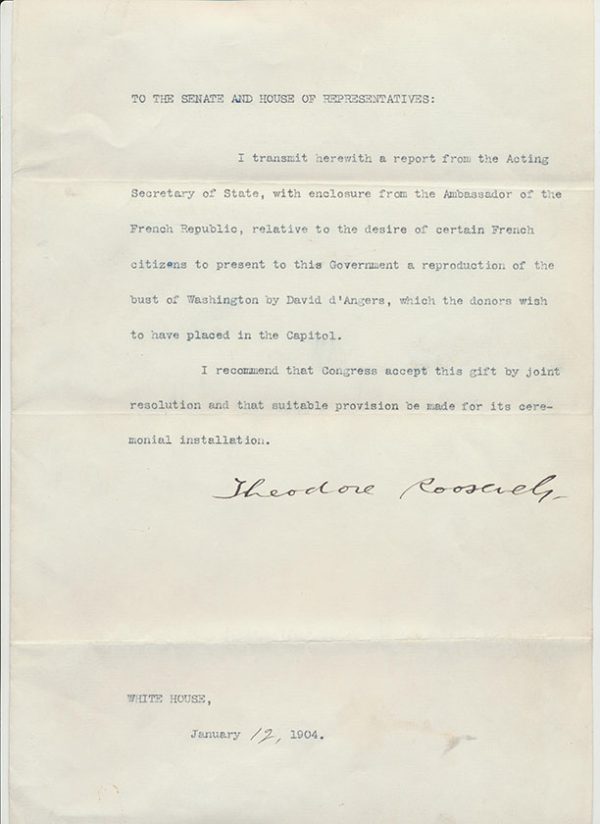 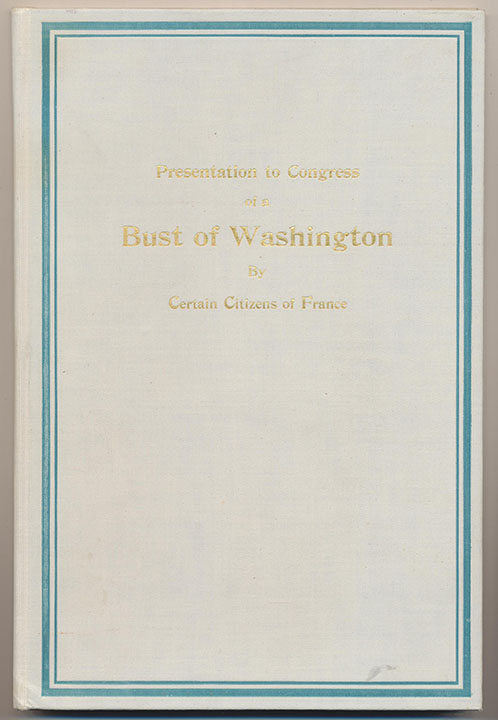 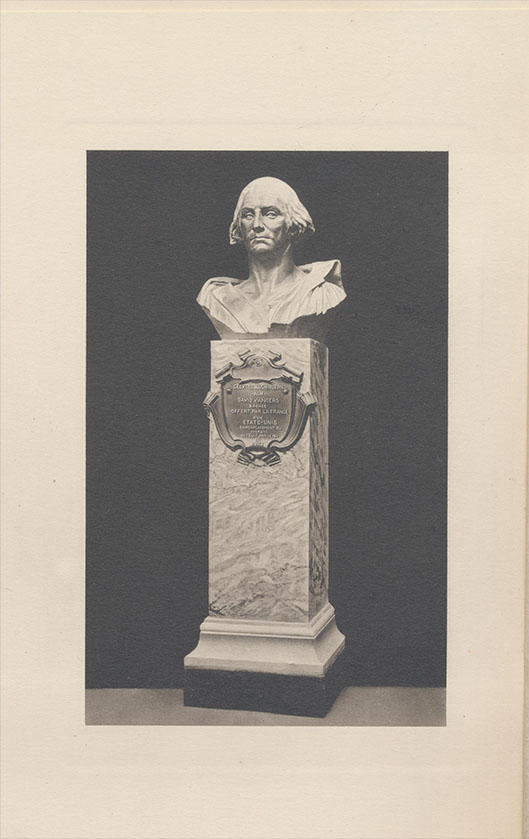 Theodore Roosevelt, Typed Letter signed, with other items related to a George Washington bust gifted from France. The bust was badly damaged, then replaced by France.

Herein TR transmits a report: “from the Acting Secretary of State, enclosure from the Ambassador of the French Republic (not present), relative to the desire of certain French citizens to present to this Government a reproduction of the  bust of Washington by David d’Angers, which the donors wish to have placed in the Capitol.  I recommend that Congress accept this gift by joint resolution and that suitable provision be made for its ceremonial installation.”

It seems that the original bust was presumed destroyed by fire, so the reproduction of d’Angers bust was indeed accepted and installed in the U. S. Capitol building. This excerpt from a Huntington Library Press Release of June 7, 2011 tells the story: “It appears the 400-pound sculpture, dated 1832, was commissioned by the French government as a gift to the United States. It is documented as having been on display in the Library of Congress, then located on the West Front of the Capitol building in Washington, D.C., when a devastating fire broke out there in 1851. Blackened and pitted, the work was apparently thought ruined beyond repair and discarded with other debris from the fire. It then reportedly made its way to a residential backyard, where it remained until 1914, when it was sold as scrap marble.

The piece later was purchased by a New York art dealer, and its identity as the work from the Capitol building was argued in an article in Art and Archeology magazine in 1918.  Henry E. Huntington acquired the bust in 1924, but kept it in storage.  In 1904, French officials presented the United States with a bronze copy of the bust as a replacement. The bronze is presently displayed in an entryway to the House Chamber at the Capitol.”

TOGETHER WITH:  Proceedings in connection with the Formal Presentation of a Reproduction of a Bust of Washington by Certain Citizens of the Republic of France.  Washington:  Govt. Print. Off., 1905.  45p.; duotone frontis.; duotone side view of bust showing d’Angers’ signature.  Inserted is a printed free franked envelope of TR as V.P.; envelope pre-printed:  “The Vice-President’s Chamber” postal-stamped from Oyster Bay.

Both the document and the book are in excellent condition; strong, large Roosevelt signature.