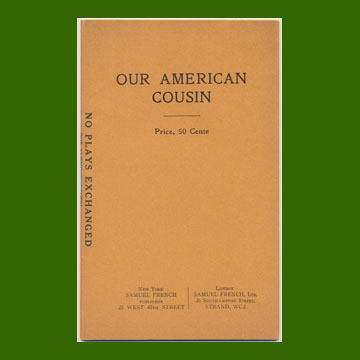 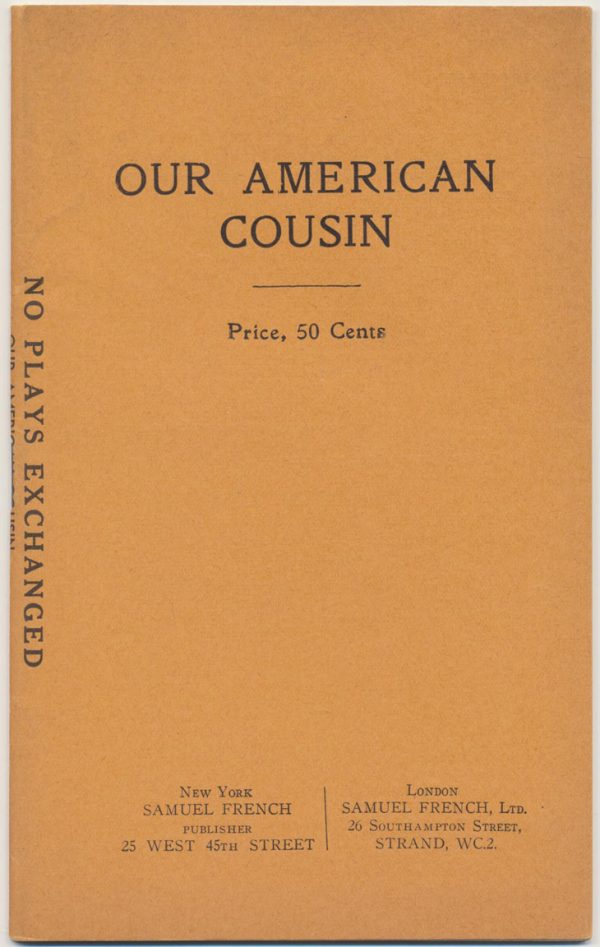 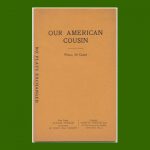 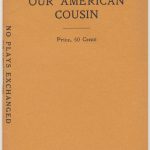 Laura Keene, who was in the play the night Lincoln was shot, had acquired the rights to Our American Cousin in 1858.

Except for manuscript prompt books to be used by the actors, this edition became the first time it had been in print since that tragic night.

Indeed, even this printing was not officially “published” at all. A page in the front has a listing of the “Original Cast of Characters / Laura Keene’s Theatre, New York, October 15, 1858.”

The very last words Lincoln had heard on this earth appear on page 37: “Well, I guess I know enough to turn you inside out, old gal “ you sockdologizing old man-trap.”

An excellent example of this scarce piece.