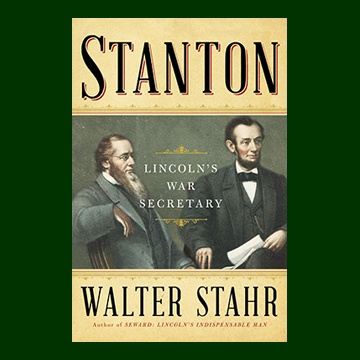 Walter Stahr’s Stanton tells the story of Abraham Lincoln’s indispensable Secretary of War, Edwin Stanton, the man the president entrusted with raising the army that preserved the Union.

A difficult and stubborn genius, Edwin Stanton was Lincoln’s stalwart Secretary of War, who not only brilliantly organized the Union Army, but dramatically raced to Lincoln’s deathbed on the night of April 14, 1865, and assumed control of the government.

Walter Stahr joined us on A House Divided. Watch it below: