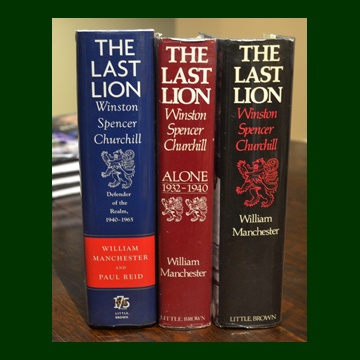 Historian William Manchester met Winston Churchill in 1953, when the youthful Manchester was on his way to write about the Middle East for the Baltimore Sun. Churchill had written the same assignment at the same age, and the two bonded. Thirty years later Manchester embarked on a three-decade long endeavor to chronicle the life of the last great British imperialist, and savior of free government.

The project outlived the author, and Manchester’s hand-picked successor, Paul Reid finished the work from his mentor’s research and notes. An unmatched biography of one of the Twentieth Century’s great men.