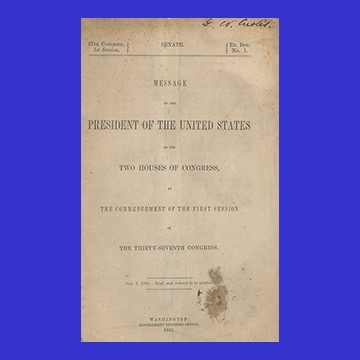 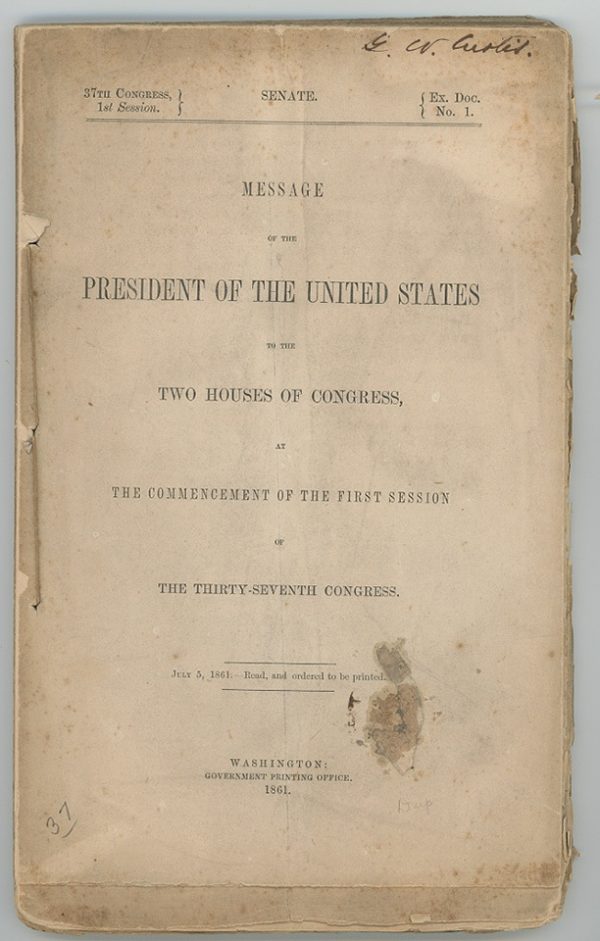 Abraham Lincoln, Messages of the President of the United States to the Two Houses…

Abraham Lincoln’s Messages of the President of the United States… includes the Message of July 4th, signed in type by Lincoln.

Lincoln calls the War “essentially a People’s contest.” Also included are the most recent reports of the Secretary of War and Secretary of the Navy.

This copy is signed by George W. Curtis. Curtis was an American writer and public speaker, who was an abolitionist and ardent Unionist.  Curtis delivered his Doctrine of Liberty speech in 1862 in support of Lincoln’s Preliminary Emancipation Proclamation. He became the political editor for Harper’s Weekly in 1863 and was placed in charge of the commission on civil service reform by President Grant. Curtis is included in the 1864  Baltimore Sanitary Fair book Autograph Leaves of our Country’s Authors.