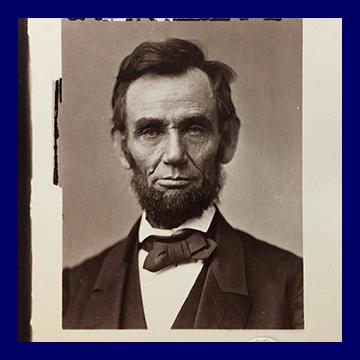 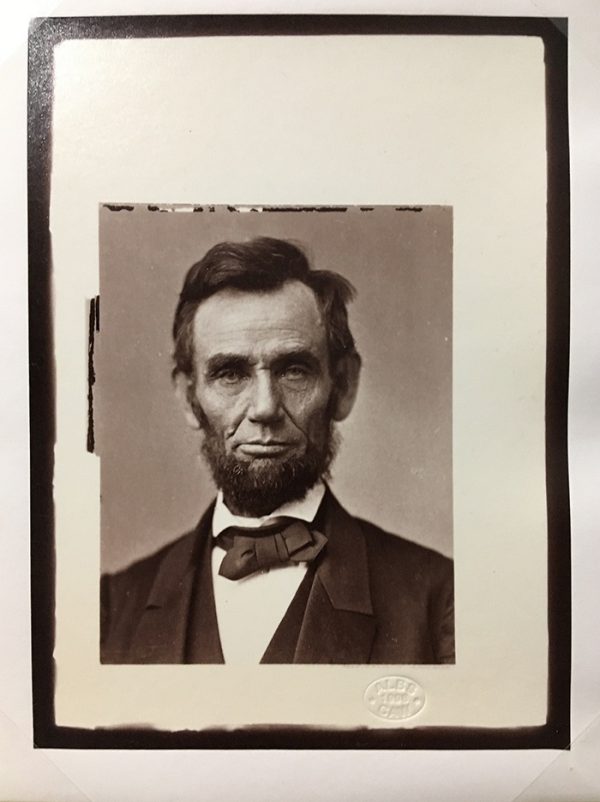 The Gettysburg Lincoln, For a Modern Audience

Abraham Lincoln contemporary albumen photograph, 20th Century creation of The Gettysburg Lincoln. So called, because it was taken very close to the date of the Gettysburg Address.

Gardner was commissioned by Sarah Fisher Ames to produce a close-up of Lincoln for her plaster bust of the President. The original bust (never reproduced) is presently displayed just outside the office of U.S. Senator Dick Durbin in Washington, DC. Eleven other images of Lincoln were produced that day by Gardner, some immediately put on general sale to the public. This image was not sold during Lincoln’s lifetime, as Gardner considered it a commission piece and not his to distribute. Moses Rice, who later worked with Gardner, controlled the glass plate and made later 19th century copies. Taken on a 1 to 1 equivalent, this print has been nudged toward a vivid contrast to achieve a clarity never before produced. The entire negative is viewed in this photograph. Truly, as Lincoln said, “there is the animal himself.”

Taken by direct contact from the glass plate negative, mounted on authentic gold-toned albumen paper.  Wet-mounted to 100% rag, mirage board and placed on an uncoated base to minimize curl.