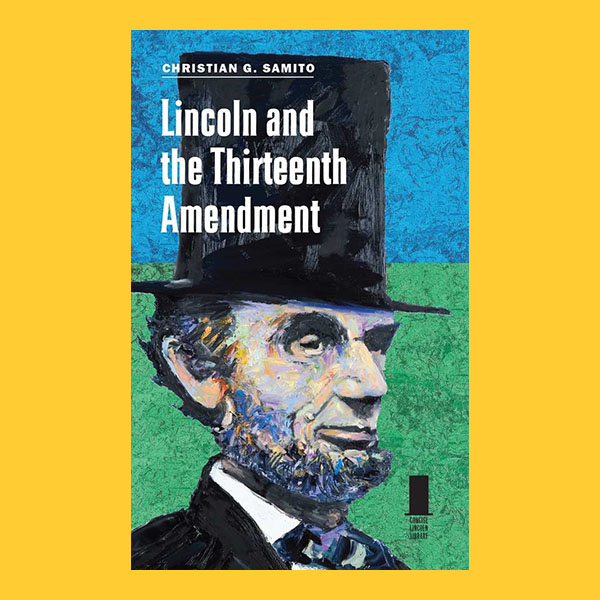 Christian Samito’s Lincoln and the Thirteenth Amendment relates how Lincoln made the amendment an issue in his 1864 reelection campaign.

For most of his political career, Samito shows, Lincoln opposed changing the Constitution, even to overturn Supreme Court rulings with which he disagreed. Well into his presidency, he argued that emancipation should take place only on the state level because the federal government had no jurisdiction to control slavery in the states. Between January 1863 and mid-1864, however, Lincoln came to support a constitutional amendment to abolish slavery because it worked within the constitutional structure and preserved key components of American constitutionalism in the face of Radical Republican schemes.

Samito chronicles lobbying efforts and the final vote in the House on the amendment resolution, and interrogates various charges of corruption and back-room deals. He also considers the Thirteenth Amendment in the context of the Hampton Roads conference, Lincoln’s own thoughts on the meaning of the amendment, and the impact of Lincoln’s assassination on the reading of the amendment. Samito provides the authoritative historical treatment of a story so compelling it was recently dramatized in the movie Lincoln. Closing with a lively discussion that applies the Thirteenth Amendment to current events, this concise yet comprehensive volume demonstrates how the constitutional change Lincoln helped bring about continues to be relevant today.