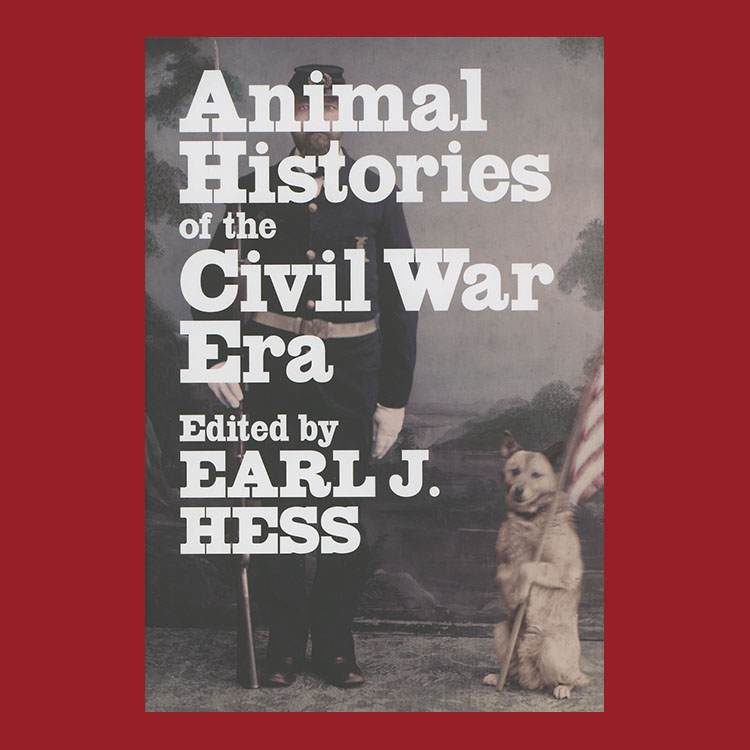 Examines the Vital Roles of Animals in the Civil War

In Animal Histories of the Civil War Era, editor Earl Hess reveals that warfare had a poignant effect on animals.

Animals mattered in the Civil War. Horses and mules powered the Union and Confederate armies, providing mobility for wagons, pulling artillery pieces, and serving as fighting platforms for cavalrymen. Drafted to support the war effort, horses often died or suffered terrible wounds on the battlefield. Raging diseases also swept through army herds and killed tens of thousands of other equines. In addition to weaponized animals such as horses, pets of all kinds accompanied nearly every regiment during the war. Dogs commonly served as unit mascots and were also used in combat against the enemy. Living and fighting in the natural environment, soldiers often encountered a variety of wild animals. They were pestered by many types of insects, marveled at exotic fish while being transported along the coasts, and took shots at alligators in the swamps along the lower Mississippi River basin.

Animal Histories of the Civil War Era charts a path to understanding how the animal world became deeply involved in the most divisive moment in American history. In addition to discussions on the dominant role of horses in the war, one essay describes the use of camels by individuals attempting to spread slavery in the American Southwest in the antebellum period. Another explores how smaller wildlife, including bees and other insects, affected soldiers and were in turn affected by them. One piece focuses on the congressional debate surrounding the creation of a national zoo, while another tells the story of how the famous show horse Beautiful Jim Key and his owner, a former slave, exposed sectional and racial fault lines after the war. Other topics include canines, hogs, vegetarianism, and animals as veterans in post–Civil War America.

The contributors to this volume―scholars of animal history and Civil War historians―argue for an animal-centered narrative to complement the human-centered accounts of the war. It also argues that animals played a vital role as participants in the most consequential conflict in American history. It is time to recognize and appreciate the animal experience of the Civil War period.

As New, with dust jacket.