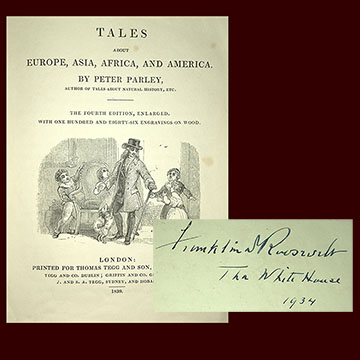 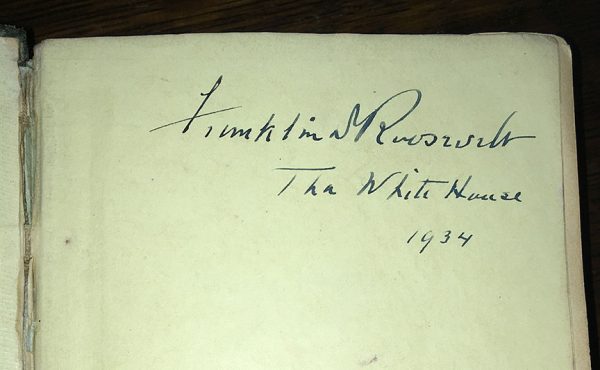 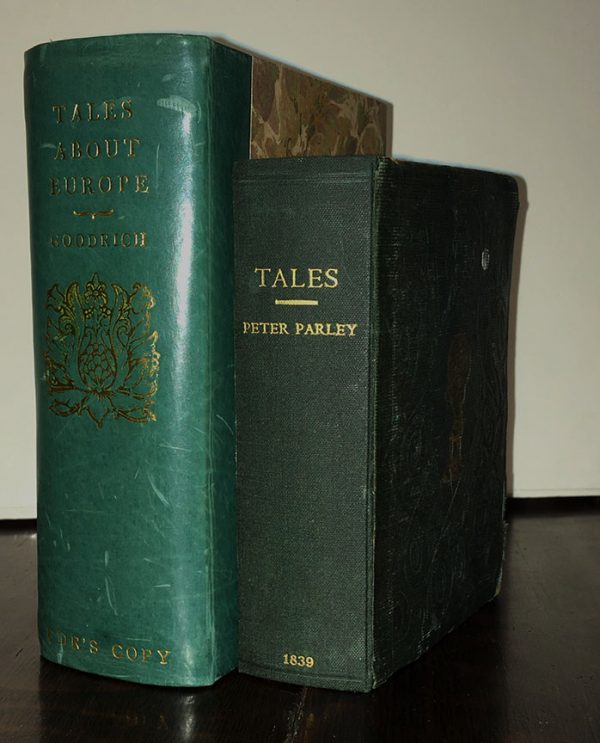 Franklin Roosevelt signed this copy of Peter Parley’s Tales About Tales About Europe, Asia, Africa and America, in 1934. He also includes “The White House / 1934” with his signature.

Goodrich also served in both the Massachusetts’ State House and Senate. FDR was a prolific collector of books and was especially interested in travel.  He may have especially enjoyed the wonderful woodcut illustrations depicting people and places around the world.  Two world globe illustrations mark a double-sided frontispiece.

A chance to own a wonderful book that sat in the White House with the President.