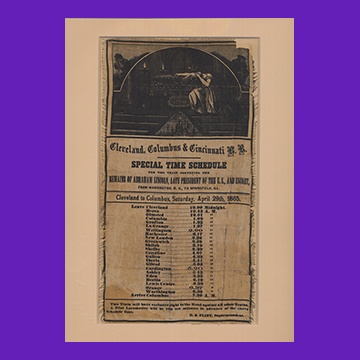 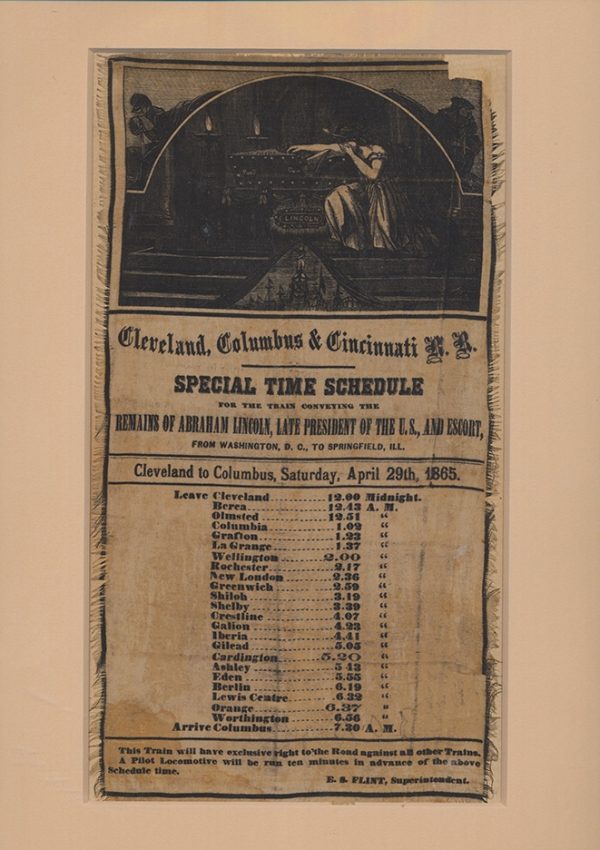 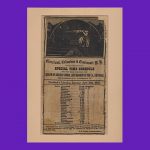 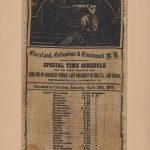 This Lincoln Funeral Train Schedule is quite unusual as it is printed on silk. An image at the top shows Columbia grieving over the casket of Lincoln, while a soldier and a sailor do the same in the upper corners.  A note at the bottom reads, “This Train will have exclusive right to the Road against all other Trains.  A pilot Locomotive will be run ten minutes in advance of the above schedule time,”  this Signed in Type by “E. S. Flint, Superintendent” (of the railroad). The time table shows the train leaving Cleveland at midnight and arriving in Columbus at 7:30am, passing 22 towns along the way.

Some staining and a small chip of the upper right-hand corner do not detract from the power and solemnity of this mourning artifact.  Modern conservation matting protects the piece; ready for glazing and a frame.