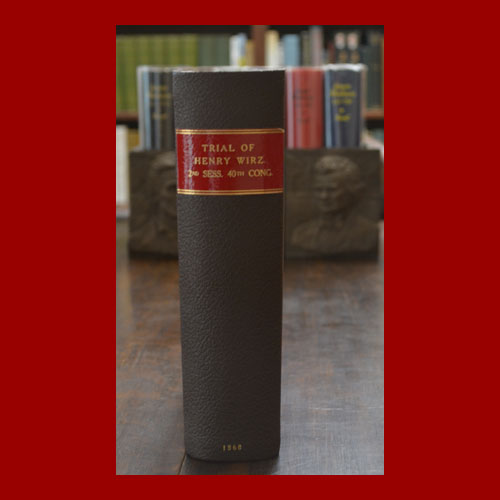 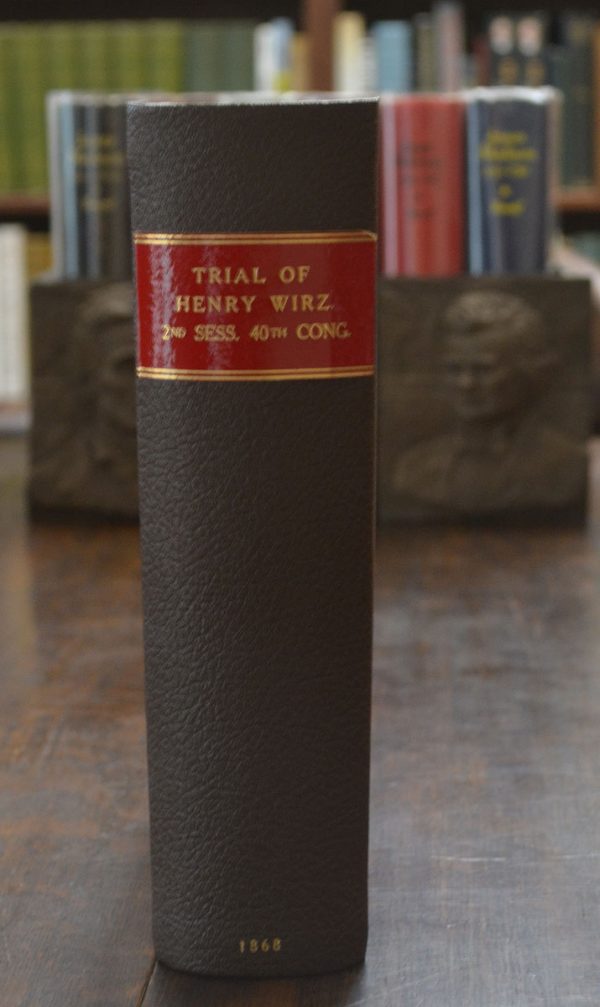 The Trial of Henry Wirtz thoroughly and officially documents one of the only war crimes trials of the Civil War.

Henry Wirz was commandant of the Andersonville prisoner of war camp, where tens of thousands of Union prisoners died. Wirz became a cause celebre for former Confederates, and for anti-government activists who saw the trial and execution as a case of vituperative judicial overreach.

A beautifully bound copy of the trial of one of two men convicted and executed for war crimes during the Civil War.

TRIAL OF HENRY WIRTZ. LETTER FROM THE SECRETARY OF WAR AD INTERIM, IN ANSWER TO A RESOLUTION OF THE HOUSE OF APRIL 16, 1866, TRANSMITTING A SUMMARY OF THE TRIAL OF HENRY WIRZ. Washington: (Government Printing Office), 1868. 1st edition, 850p., (XXXVIII p. index at front), 40th Congress, Doc. #23.