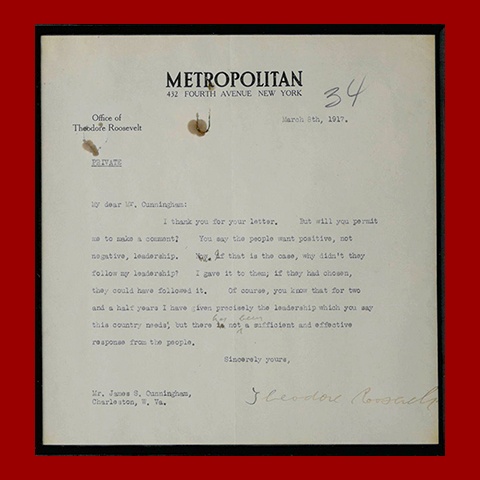 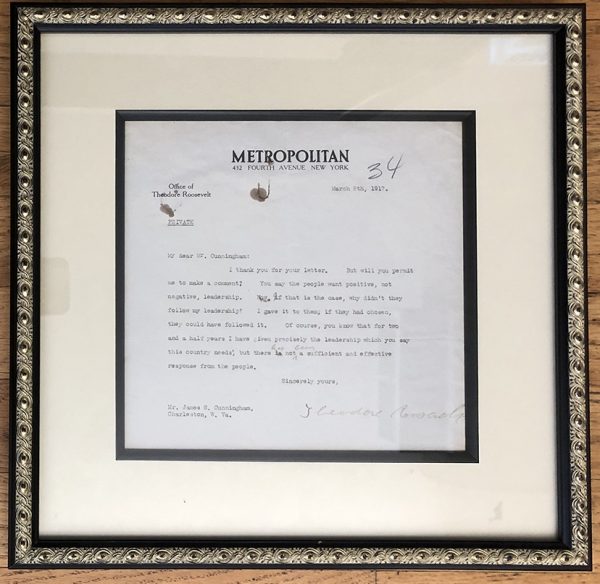 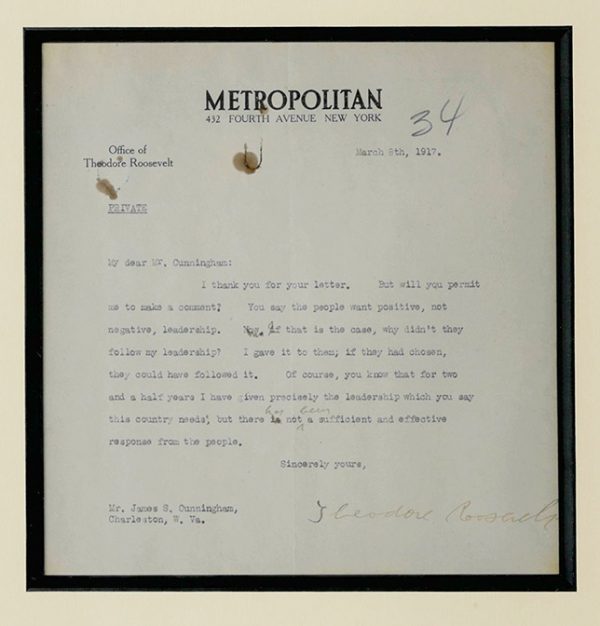 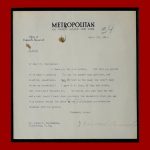 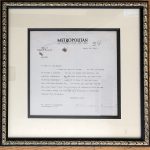 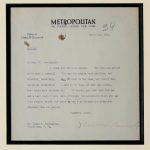 A Letter FROM the Editor, TR!

Theodore Roosevelt responds to a Letter to the Editor of Metropolitan, which would have been him!

In Full:  “I thank you for your letter.  But will you permit me to make a comment?  You say the people want positive, not negative, leadership. If that is the case, why didn’t they  follow my leadership?  I gave it to them; if they had chosen, they could have followed it.  Of course, you know that for two and a half years I have given precisely the leadership which you say the country needs; but there has not been a sufficient and effective response from the people.” No further comment needed!

A large, somewhat light full ink signature made better by his small  hand-written editing:  Crossing out “Now”; capitalizing the next word “If”; crossing out “is” and inserting above “has”; and adding a caret with the word “been.”

TR served as editor at Metropolitan from 1914 until his death in 1919. One of the very last things he did was send the proofs for his last article for the magazine.