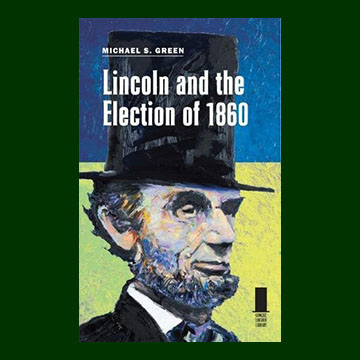 The pivotal election of 1860 previewed the intelligence, patience, and shrewdness that would enable Lincoln to lead the United States through its greatest upheaval. This exciting new book brings to vivid life the cunning and strength of one of America’s most intriguing presidents during his journey to the White House.

Moving well beyond a study of the man to provide astute insight into the era’s fiery political scene and its key players, Green offers perceptive analysis of the evolution of American politics and Lincoln’s political career, the processes of the national and state conventions, how political parties selected their candidates, national developments of the time and their effects on Lincoln and his candidacy, and Lincoln’s own sharp”and often surprising”assessments of his opponents and colleagues. Green frequently employs Lincoln’s own words to afford an intimate view into the political savvy of the future president.

This exciting series brings together expert scholars to elaborate on the life, times, and legacy of Abraham Lincoln. Each book gives readers the opportunity to quickly achieve basic knowledge of a Lincoln-related topic. In an effort to make new scholarship accessible to the widest audience possible, the books carry minimal endnotes and historiography and are written in a style that is easy for anyone to understand. In-depth yet accessible, the Concise Lincoln Library appeals to both the novice and the Lincoln scholar.