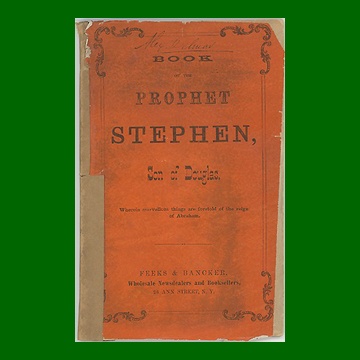 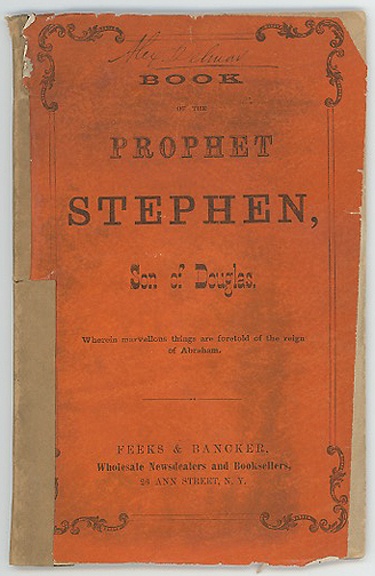 Abe-hating Satire From the Copperheads

Book of the Prophet, Stephen, Son of Douglas is a satire in Biblical form on the political scene of 1861-62, concluding with a battle of “the Copperheads.” Deeply critical of President Lincoln, this particular pamphlet represents “Book the First,” of a two-part publication. There are rare variants where the two are bound together.

More commonly, as is the case here, one or the other of the wrappers-bound versions appear on the market. Generally dealing with topics related to New York, the writer describes conflicts between the “Black-snakes” and the “Copperheads,”preferring the latter, and foretelling that in the future “white deities” would abide in the “temple of liberty.”

This is an extremely scarce example of anti-Lincoln political satire.