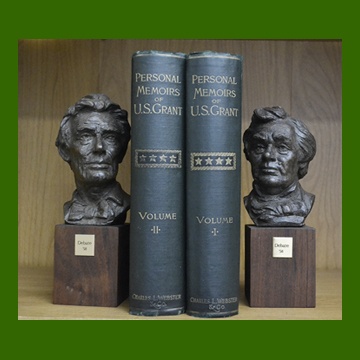 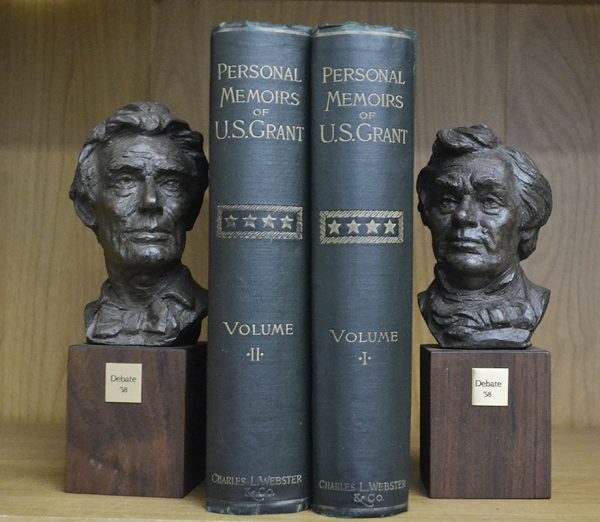 Written as Grant was dying of cancer in 1885, the two-volume set was published by Charles L. Webster Company (Mark Twain’s firm) shortly after Grant’s death. This is one of three states for the original first edition, at once the most common and the most sought after by collectors.

Twain created a unique marketing system designed to reach millions of veterans with a patriotic appeal just as Grant’s death was being mourned. Ten thousand agents canvassed the North, following a script Twain had devised; many were themselves veterans who dressed in their old uniforms. They sold 350,000 two-volume sets at prices from $3.50 to $12 (depending on the binding). Each copy contained what looked like a handwritten note from Grant himself; a note that vexes booksellers to this day.

In the end, Grant’s widow Julia received about $450,000. Still in print today, it is considered the gold standard of the Memoir genre and is considered by many as the finest memoir of any of our presidents, rivaled only by Eisenhower’s Crusade in Europe.