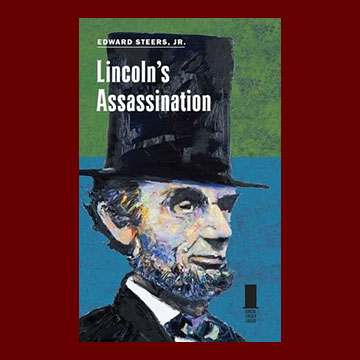 Edward Steers, Jr.’s Lincoln’s Assassination is an authoritative look at one of the most dramatic events in American history. For 150 years, the assassination of Abraham Lincoln has fascinated the American people. Relatively few academic historians, however, have devoted study to it, viewing the murder as a side note tied to neither the Civil War nor Reconstruction. Over time, the traditional story of the assassination has become littered with myths, from the innocence of Mary Surratt and Samuel Mudd to John Wilkes Booth’s escape to Oklahoma or India, where he died by suicide several years later. In this succinct volume, Edward Steers, Jr. sets the record straight, expertly analyzing the historical evidence to explain Lincoln’s assassination.

At the heart of Lincoln’s assassination, Steers reveals, lies the institution of slavery. Lincoln’s move toward ending slavery and his unwillingness to compromise on emancipation spurred the white supremacist Booth and ultimately resulted in the president’s untimely death. With concise chapters and inviting prose, this brief volume will prove essential for anyone seeking a straightforward, authoritative analysis of Lincoln’s assassination.

This exciting series brings together expert scholars to elaborate on the life, times, and legacy of Abraham Lincoln. Each book gives readers the opportunity to quickly achieve basic knowledge of a Lincoln-related topic. In an effort to make new scholarship accessible to the widest audience possible, the books carry minimal endnotes and historiography and are written in a style that is easy for anyone to understand. In-depth yet accessible, the Concise Lincoln Library appeals to both the novice and the Lincoln scholar.