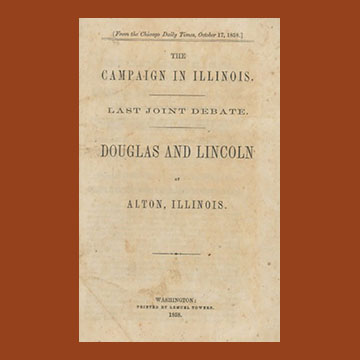 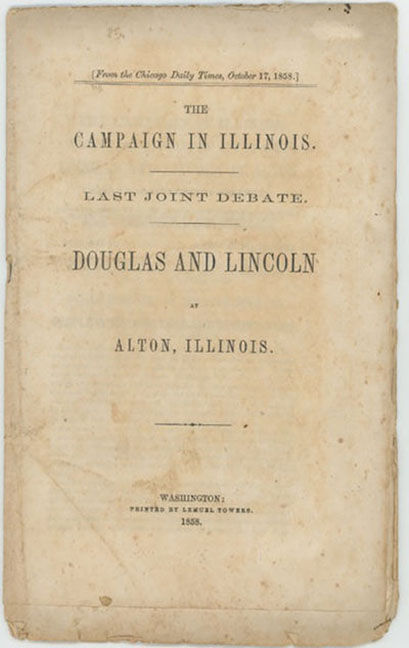 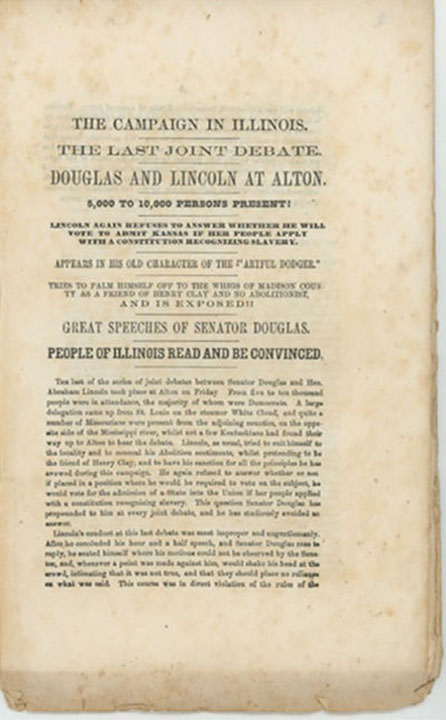 A copy of the speeches given at the Alton, IL Lincoln Douglas Debates, as reported by fa pro-Douglas, Democratic newspaper.

A one and a quarter-page preamble begins with large-type headlines: “5,000 to 10,000 present/Lincoln again refuses to answer/Appears in his old character of ‘Artful Dodger'”/Tries to palm himself off”/as a friend of Henry Clay and no Abolitionist AND IS EXPOSED!!”

It goes on to observe that “Lincoln’s conduct at this last debate was most improper and ungentlemanly,” since contrary to the rules, he sat behind Douglas while the latter was talking, shaking his head at what he was hearing.

The only privately printed pamphlet of a Debate from either side. Excellent; clean; usual foxing throughout.

Additional Shipping may be required.